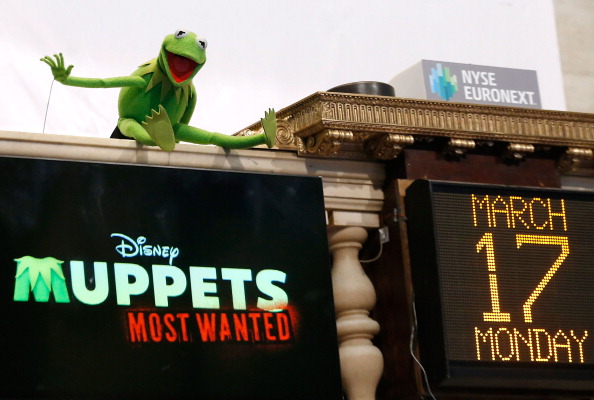 Muppets character Kermit the Frog poses for a photo after ringing the opening bell at the New York Stock Exchange on March 17, 2014 in New York City. (Photo by Jemal Countess/Getty Images)
Social Media

Amid memes of Kermit the Frog going viral, a “satire” website is spreading a hoax saying the puppeteer behind Kermit is essentially a racist.

The website, Cream BMP Daily, doesn’t post real news, but an article that says, “White Puppeteer Behind Kermit the Frog says, ‘Black People Find a Way to Ruin Everything.'”

According to a disclaimer, Cream BMP is fake.

“CreamBmp.com Written by comedian CREAM. This website is comprised of satire and parody of current news and urban culture,” it says.

“All reports and other information on this page may or may not be 100% accurate. It’s not news, it’s entertainment. All other comments are my personal opinion, but try not to [take it] seriously and come at me … because I will and do sue,” the disclaimer also says. It adds: “I do not take credit for any media featured on this site.”

But despite it being a fake story, people accused the puppeteer of racism. “He has very valid points tho but when i say it it’s not such a big deal..now that he has said it.. ITS WRONG!!???” one person wrote on Facebook.

“What the hell is acting black? People get race confused with class,” added another.

Others noted it’s just a fake article and nothing more.

“I hope y’all realize this site is nothing but joke articles. Read the titles of the other articles. None of this is real,” added another.