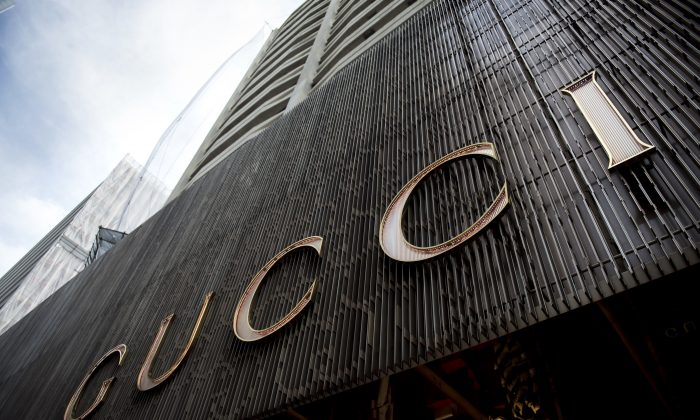 Retail rents in Hong Kong have long been among the most expensive in the world, but for years the high operating costs have been worthwhile. Luxury brands could capture not only the highly sophisticated local shoppers, but also mainland Chinese and other foreign tourists. That was, until recently.

Sales have slowed markedly for luxury brands in Hong Kong over the last two years. As a result, Kering—the parent company of Gucci, Bottega Veneta, and Yves Saint Laurent—is considering closing some stores.

Political and economic changes in mainland China, acerbated by the umbrella movement of mass civil disobedience in Hong Kong, have had a negative impact on Hong Kong’s economy. After China’s new leader Xi Jinping launched a crackdown on extravagant spending and corruption in 2013, mainlanders have been spending less.

Kering confirmed that it has started negotiating rents with landlords in Hong Kong.

According to Kering’s first half results for 2015, “the downward trend in Asia-Pacific” (excluding Japan) was entirely due to the ongoing decline in consumer spending in Hong Kong and Macau.” Sales in mainland China were up year on year, and South Korea and Australia reported solid sales performances in line with the rise in tourist numbers, the report stated.

The company confirmed that it has started negotiating rents with landlords in Hong Kong, and also Macau, mainland China, and other international locations.

“We are very lucid about the situation in Hong Kong where we didn’t see any improvement during Q2 2015. Depending on the outcome of the discussions with the landlords and the business situation, we may consider closing stores in Hong Kong in the mid-term,” said Jean-Marc Duplaix, chief financial officer of Kering,  in a statement.

The Asia-Pacific region (excluding Japan), again accounted for more than 90 percent of Bottega Veneta’s business in emerging markets. “Sales in this region dropped 4.3 percent year on year, weighed down by a lacklustre luxury goods market in Greater China during the period, despite the very positive trends seen in South Korea, Taiwan, and Australia, where purchases by Chinese tourists increased significantly,” according to Kering’s first half report.

Other luxury brands are also feeling the pinch in Hong Kong. Burberry has said it is attempting to negotiate rents with landlords in Hong Kong because the U.K.-based company’s sales there have dropped to a two-year low, according to Bloomberg.

Faith Hope Consolo, chairman of The Retail Group at Douglas Elliman real estate, said Hong Kong’s market is inundated with luxury brand stores with labels such as Gucci, Prada, Louis Vuitton, and Burberry owned by the likes of The Kering Group, Richemont and LVMH.

She said, “There has been an introduction of more affordable lines to each brand to address and absorb the consumer choices and support a market whose tourist numbers fluctuate with an ever-changing economy.”