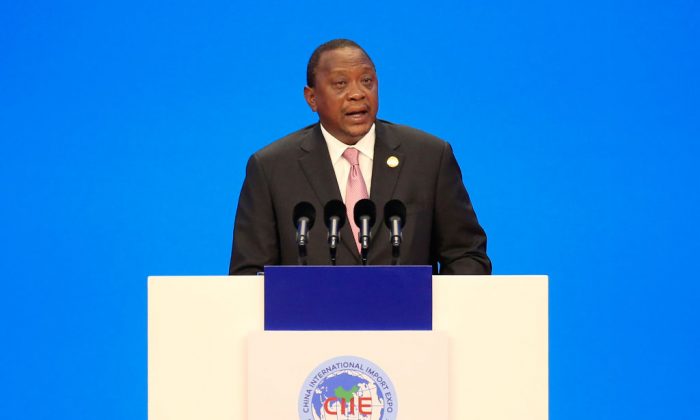 Kenya’s President Uhuru Kenyatta on Thursday commended the Chinese-built 27.1 kilometer Nairobi Expressway, which is slated to be ready by March next year, saying that Kenya’s partnership with China is one that is “mutually beneficial.”

During his inspection tour of the Nairobi Expressway, Kenyatta said the expressway had created over 6,000 direct jobs and benefitted 200 sub-contractors as well as hundreds of local suppliers of building materials.

“I am confident with the kind of speed that they are moving at, the indicated date of March for completion of this road is bound to be met. I will be very proud to be able to drive all the way from Machakos turn-off to Rironi,” Kenyatta said, while expressing his appreciation to the Chinese government.

The $550 million worth of Nairobi Expressway was constructed by the China Road and Bridge Corporation under a public-private partnership. The eight-lane dual expressway is expected to decongest Mombasa Road and reduce travel time between Mlolongo and Westlands to 20 minutes.

“Our partnership with China is one that is mutually beneficial, that is based on win-win, and we are very grateful to the Chinese government and people for the support that they continue to render not only our country but to the rest of Africa,” he remarked.

China is one of Kenya’s biggest external creditors, having lent it billions of dollars for the construction of rail lines and other infrastructure projects in the past decade.

In January, Kenya secured a debt repayment moratorium from China which will save it 27 billion shillings ($245.23 million) in the period to June. The Chinese Embassy in Nairobi said that China stood ready to help Kenya with debt, without offering more details.

“China attaches great importance to debt suspension and alleviation in African countries including Kenya,” the Chinese embassy in Nairobi said.

Kenya’s total debt jumped to 65.6 percent of the gross domestic product in June 2020 from 62.4 percent a year earlier, the World Bank said in November.