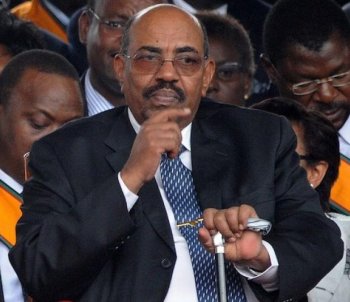 Marco t'Hoen
View profile
Follow
biggersmaller
Print
Kenyan Prime Minister Raila Odinga on Sunday said it was wrong of the country to invite Sudanese President Omar Al-Bashir to the ceremony for the signing of Kenya’s new constitution on Friday.

Odinga was unaware that Bashir had been invited to the ceremony, the Sudan Tribune Reported.

Bashir is wanted for crimes against humanity by the International Criminal Court (ICC) for his role in genocide in Sudan’s Darfur region.

Kenya is a signatory of the ICC and is obligated to arrest Bashir and turn him over to the ICC in The Hague.

When Odinga spoke Sunday at a special prayer service in Nairobi to celebrate the new constitution, he said Bashir’s presence and failure of the Kenyan government to arrest him was wrong, and that Kenya must honor its obligations as a signatory of the Rome Statute and other international agreements.

“We must foster good neighborliness, that is very important and that’s why we invited neighbors to come, but if you have a neighbor who is a witch, you don’t invite them to a party,” the prime minister said, according to the Kenyan based privately owned news company, Capital News.

Odinga’s sentiments were echoed by former U.N. Secretary-General Koffi Annan, “Like many, I was surprised by the presence of President Al-Bashir of Sudan in Nairobi for the promulgation of Kenya’s new constitution,” Annan said Sunday, Capital News reported. “In the circumstances, the government should clarify its position and reaffirm its cooperation with and commitment to the ICC,” he said.

Other Kenyan officials has different reactions, Kenyan Assistant Minister of Local Government Lewis Nguyai said, “There is a delicate balance between good neighborliness and diplomacy. … We are signatories to the ICC but we are also signatories to the collective agreement of peace within Sudan so I would urge the rest of the world to allow us to be a sovereign nation.”

Kenyan Transport Minister Amos Kimunya, said Kenyans should be thankful to Bashir as “he took the risk of [an] international warrant of arrest against him to travel out of Sudan to honor the people of Kenya,” Capital News reported.