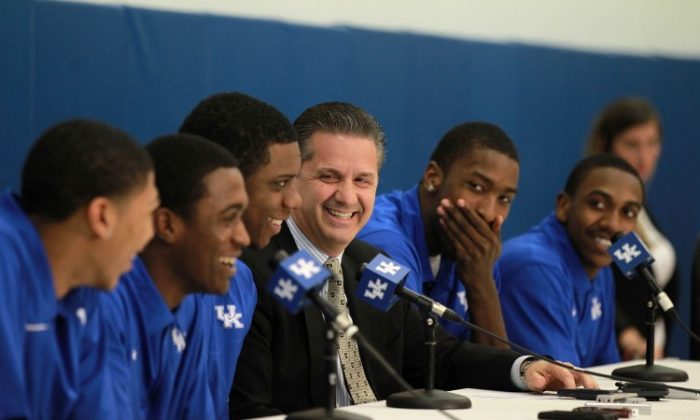 The 2012 National Champion Kentucky Wildcats will lose their entire starting lineup to the NBA.

Said Calipari of the team-like announcement idea, “This was introduced to me as an idea from this team. They came to me and said, ‘We want to do this together’.”

National Player of the Year Anthony Davis as well as Kidd-Gilchrist and Teague are just freshmen while Jones and Lamb are sophomores. All five players are expected to be taken in the first round.

“When the season’s over it’s about moments like this” said Calipari, who will replace the class with another top-ranked incoming class of players next fall.