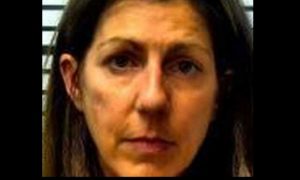 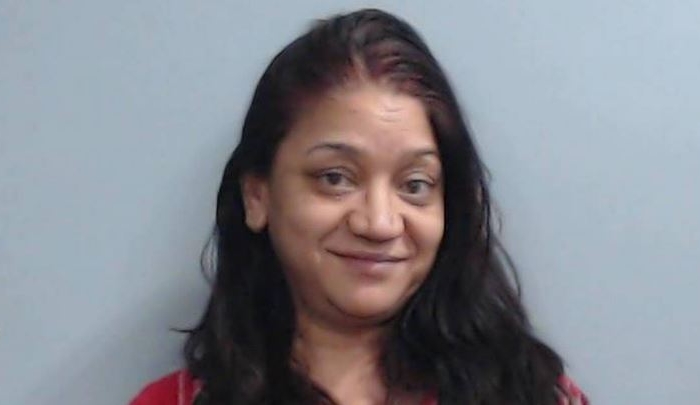 Sunita Jairam, 48, was booked on charges of drunken driving and endangering the welfare of a minor in Lexington, Kentucky on Jan. 13, 2019. (Fayette County Detention Center)
Crime and Incidents

Kentucky Mother Who Drove Drunk Wanted to ‘Teach Her Son a Lesson:’ Police

Police officers in Kentucky said that a mother who was arrested for allegedly driving under the influence told them she drove drunk to teach her son a lesson.

Sunita Jairam, 48, was booked on charges of drunken driving and endangering the welfare of a minor after her arrest early Jan. 13 in Lexington.

Jairam told police she “drank a bunch of beer and got in her car to drive to teach her son a lesson,” according to the arrest citation obtained by the Lexington Herald-Leader. She said she’d been drinking all day.

Jairam admitted to officers that she reached speeds of up to 150 mph as part of teaching her son a lesson, according to the citation.

The son told officers he tried to get out of the car multiple times but couldn’t because the door was locked.

He said he wanted to get out “due to his mother’s driving.”

It wasn’t clear what lesson his mother wanted to teach him.

According to court records, Jairam’s blood alcohol content was 0.161, about twice the legal limit in Kentucky. She has previously been charged with public intoxication and speeding.

Another mother accused of drunk driving over the weekend went the wrong way down the interstate with her children in the car, authorities said.

Amber Henderson was pulled over on Highway 385 in Memphis, Tennessee after a sheriff’s deputy spotted her going the wrong way.

The deputy was nearly hit by her SUV going the wrong way down the road and then pulled her over, reported WREG.

There were two children under the age of two in the backseat, he said.

Henderson was charged with driving under the influence, reckless driving, public intoxication, and child abuse, and neglect.

Almost 30 people in the United States die in drunk-driving crashes every day, according to the National Highway Traffic Safety Administration. The number of deaths has fallen by a third in the last three decades; however, drunk-driving crashes still claim more than 10,000 lives per year, with 10,874 recorded in 2017, or 29 percent of all motor vehicle traffic fatalities.

“Alcohol is a substance that reduces the function of the brain, impairing thinking, reasoning, and muscle coordination. All these abilities are essential to operating a vehicle safely,” it stated.

Blood Alcohol Concentration, or BAC, is a way to measure how much someone has drunk, and is measured by the weight of the alcohol in a certain volume of blood.

Even small amounts of alcohol can affect driving ability. In 2017, there were 1,837 people killed in alcohol-related crashes where drivers had lower alcohol levels than the legal limit.

“Driving after drinking is deadly. Yet it still continues to happen across the United States. If you drive while impaired, you could get arrested, or worse—be involved in a traffic crash that causes serious injury or death,” the administration added.

People who plan to drink should designate a sober driver ahead of time or call a taxi, ride-sharing service, or friend.

At .15, which Jairam’s BAC measured above, the typical effects on driving include “Substantial impairment in vehicle control, attention to driving task, and in necessary visual and auditory information processing,” according to the administration.