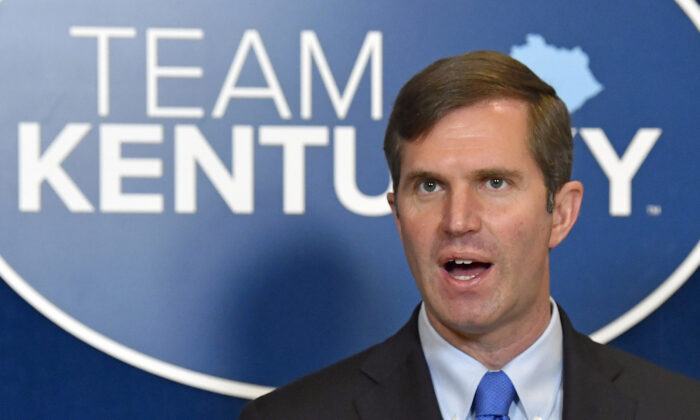 The omnibus House Bill 3 cleared the Senate gallery during a debate earlier in the day, and won final passage hours later in the House.

It followed Senate action that inserted the 15-week ban, also referred to as Senate Bill 321, into House Bill 3. The latter bill is focused on regulating the dispensing of abortion pills.

“Honored to pass SB321, my 15-week abortion ban bill … as a floor amendment to the omnibus pro-life HB3 bill this evening,” Republican state Sen. Max Wise said on Twitter on March 29. “Proud of the consistent pro-life legislation over the past years in the KY legislature.”

Currently, abortions are banned in Kentucky after 20 weeks of pregnancy.

The 15-week abortion ban has an exception in the case of when the mother’s life is at stake, “or to avoid a serious risk of the substantial and irreversible impairment of a major bodily function of the pregnant woman.”

House Bill 3 is the latest round of abortion restrictions passed by the legislature in Kentucky since Republicans took control of both the state House and Senate after the 2016 election. The governor, Beshear, is a Democrat.

The Kentucky abortion ban being proposed is modeled after a Mississippi law that also bans abortion after 15 weeks of pregnancy. The U.S. Supreme Court is due to rule by the end of June on the law’s constitutionality. The case is Dobbs v. Jackson Women’s Health Organization 19-1392.

“I’m bringing this bill to you so that in the event the Supreme Court upholds the Mississippi legislation as constitution, we will have a pro-life law in place not subject to a good-faith legal challenge,” Wise told members of the Senate Judiciary Committee in early March, the Lexington Herald-Leader reported.

Planned Parenthood Alliance Advocates called on the public to petition the governor to veto the bill, saying on its website, “This bill piles so many restrictions on abortion providers and patients that it will effectively end abortion access in our state.”

Much of the debate on March 29 revolved around the bill’s requirement that women must be examined in person by a doctor before being dispensed abortion pills. About half of abortions performed in Kentucky are the result of medication as opposed to surgery.

“You don’t feel that women have the right to control their own reproductive life. And I tell you, you do not have the rights to make that decision for me,” she said.

On March 23, the omnibus bill was amended to add a measure regulating how fetal remains are handled, requiring remains from an abortion or miscarriage to have similar handling options as adult deaths. The measure would also give women the option to file for a death certificate, although it’s not a requirement.

Addia Wuchner with Kentucky Right to Life said the measure “treats all children that are lost—all children, whatever you want to call it: fetal remains, child remains, terminated remains—it treats all of them and requires that dignified manner,” the outlet stated.