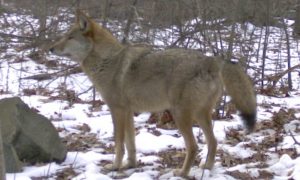 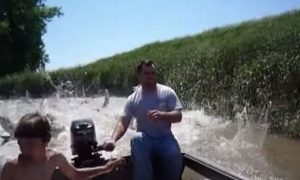 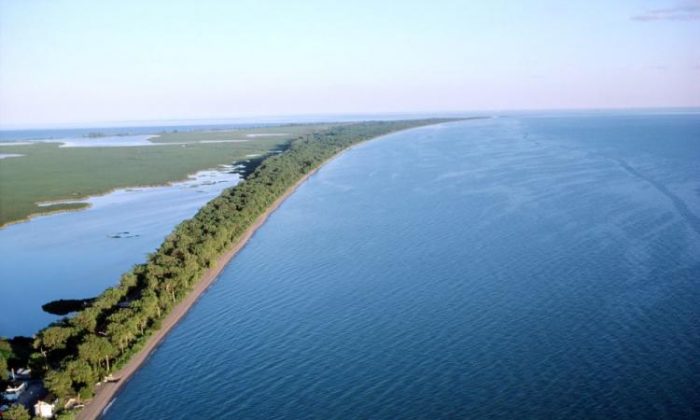 Aerial view of the coastline of Lake Erie, Ontario, Canada. A rapid response team is trying to prevent the Asian carp from entering the Great Lakes where it could cause ecological and economic damage. (photos.com)
US News

Lawmakers held a press conference to discuss the new technique for ridding the habitat of the invasive carp to save the billion-dollar fishing industry.

Senators and wildlife officials went out on the water to view the modified Unified Method removal of Asian Carp.

In this method, technology is used to corral Asian Carp through special nets. Wildlife officials using pulses of electricity and sound herd schools of Asian carp into 1,000-foot-long nets before removing them from the water.

According to the Associated Press, State and federal agencies together have spent roughly $607 million to stop the invasion of Asian carp.

“Invasive Asian carp present a serious danger to Kentucky’s waters and our $1.2 billion fishing industry,” said Senator McConnell. “I requested that the Trump administration deploy this advanced Unified Method here at Kentucky Lake, and it looks like it will be an important asset to protect our waters and our local economies.”

He told reporters that the removal of the invasive fish would take many years but must be done to preserve the fishing economy.

According to Gov. Beshear, commercial fishing removed more than 7 million pounds of Asian carp from Kentucky waters last year, with the majority of that coming from Kentucky Lake and Lake Barkley. “The modified unified method used here, in Kentucky lake, represents the first test of the method on a U.S. reservoir larger than 500 acres,” Beshear said.

The USGS has successfully implemented the same system in Missouri and Illinois.

The most recent species of carp to intrude are bighead carp, black carp, grass carp, and silver carp (together known as “Asian carp,”) and they are causing trouble in the Mississippi River and rivers and lakes within the Mississippi River watershed. Carp are a family of fish native to Europe and Asia. The common carp has been in the United States for over 100 years.

These four species of fish were introduced to the United States in the 1970s to control algae, weed, and parasite growth in various aquatic environments. These captive fish eventually escaped into the Mississippi River basin and established breeding populations. These carp are slowly making their way up the Mississippi River and its tributaries, and have been found as far north as Minnesota.

Asian carp cause severe damage to the native fish populations in the lakes and rivers that they infest because they dominate the food sources and space. Carp are thought to lower the quality of the water, which can kill off delicate organisms like native freshwater mussels. Asian carp are known to push out native species.

Because they lay thousands of eggs and out-compete native fish species, releasing even a few carp into a body of water can damage the ecosystem.