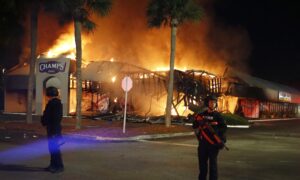 Foreign Language Requirement in Schools May Be Satisfied with Computer Programming

In Kentucky, students may be able to learn coding instead of a foreign language.

Legislation in the Kentucky Senate would let students use computer programming courses to satisfy foreign-language requirements.

The bill passed the Senate Education Committee on a 10-1 vote last week in a move forward.

“This offers opportunity for students and flexibility for schools at a time when flexibility is vital,” Sen. David Givens, a Republican from Greensburg who is sponsoring the bill, told the Courier-Journal.

Under current requirements, students in Kentucky must earn 22 credits to graduate high school. 15 of these are in core categories such as math and science.

About 2.4 percent of college students graduate with a degree in computer science as of 2010, according to the National Center for Education Statistics–despite a high demand in the job market and relatively high starting salaries of around $60,000.

“We’ve got to make room in the curriculum and in the electives to try and drive computer programming closer to the start of that student’s high school studies,” he said.

Computer science degrees peaked in the 2003-2004 school year, when they accounted for about 4.25 percent of all college degrees.

Sen. Denise Harper Angel, an opponent and a Democrat, said that has things to discuss with Givens before publicly commenting on the bill.

In a separate measure in New Mexico, an Albuquerque state senator is pursuing a similar bill.

Sen. Jacob Candelaria, a Democrat, told the Albuquerque Journal that the bill could enable schools to teach more students the important skill.

“We still have work to do in figuring out how state government adapts to a very different world,” Candelaria said.

The bill would allow computer programming classes teaching codes such as JavaScript or HTML to satisfy the credit requirements that foreign languages now take up.

“Districts could still teach Latin, French or Spanish, but it provides the incentive for them to incorporate (computer) coding into their curriculum without it being an unfunded mandate,” Candelaria said.