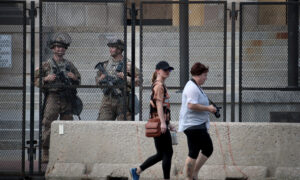 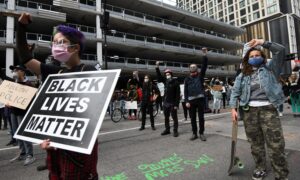 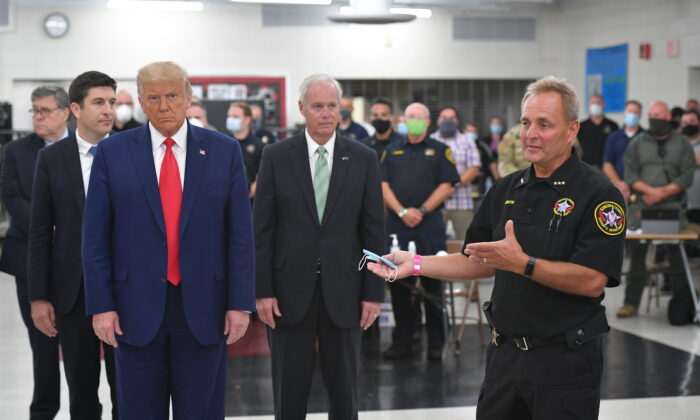 The sheriff of the Wisconsin county that saw rioting after the police shooting of Jacob Blake says he’s endorsing President Donald Trump for reelection because of how Trump responded to the unrest.

“When the violence began, we had immediately put in the call to have local and state resources respond to the situation. Many responded, but we still needed more help. This is where the president stepped up and offered us the full resources of the federal government,” Kenosha County Sheriff David Beth wrote in a recent op-ed.

“It was a powerful moment for us. While we know our local and state partners are the best in the business, having the extra support of our federal partners was absolutely critical in quelling the violence,” he added later.

“The president’s swift and bold response to support our law enforcement family and my community made it clear that he’s the strong leader Wisconsin and America needs. It’s also why I am proud to endorse President Trump for reelection this fall.”

According to the sheriff, 38 other sheriffs in his state have also endorsed Trump.

Rioting exploded in Kenosha because of anger over how Blake was shot after he resisted arrest and allegedly tried to kidnap a child. The day after, Trump offered federal assistance to Wisconsin, where Gov. Tony Evers initially deployed a small deployment of National Guard members. When rioting continued, Evers sent more and accepted federal help.

Trump visited Kenosha on Sept. 1, a little over a week after the shooting.

Trump toured an area where businesses were decimated by fires set by rioters and held a roundtable with law enforcement.

Law enforcement “did a fantastic job working with the federal government, and it was really great. And once we said, ‘Let’s go,’ that was the end of it. Unfortunately, they had a few days when people wouldn’t call us. They didn’t want to have us come in. They just don’t want us to come in, and then destruction is done. A day earlier, we would’ve saved your store,” Trump told John Rode, the former owner of Rode’s Camera Shop.

He later called the riots “anti-police” and “anti-American” before praising Beth and Kenosha Police Chief Daniel Miskinis, among other officials.

At the time, Beth told Trump and others that things were bad for two nights before officials learned they were getting federal assistance.

“The resources just kept coming, the people kept coming. The gratitude kept coming for—and I heard stories, and I probably shouldn’t share this, but some people that were in Portland that weren’t treated as good as they were treated here, and they said, ‘We can’t believe what a different place this is because of how we all worked together, rather than not wanting to work together at all,'” Beth said, adding: “So, thank you for being the President that likes law enforcement.”

While Trump did not meet with members of Blake’s family, both Democratic presidential nominee Joe Biden and his running mate, Sen. Kamala Harris (D-Calif.), did.

Biden presented himself as a unifying figure, and supporters told The Epoch Times that they see him as more suited at tackling issues such as police brutality and social justice than Trump.