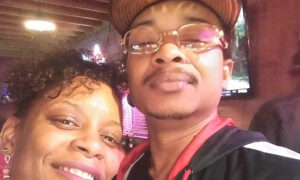 Jacob Blake Had a Knife in His Car When He Was Shot by Police, Investigators Say
0 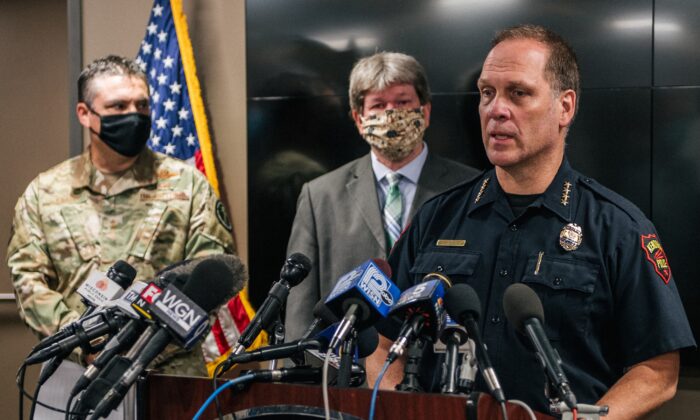 Kenosha Police Chief: Deadly Shootings May Not Have Happened If People Obeyed Curfew

The shootings that left two dead and another wounded this week in Kenosha may not have happened if people had obeyed the curfew put into place to try to contain civil unrest, the city’s police chief said.

“I’m not going to make a great deal of that. But the point is, the curfew is in place to protect. Had persons not been out, involved in violation of that, perhaps the situation that unfolded would not have happened.”

Rioting started in the Wisconsin city on Sunday, fueled by anger over the police shooting of a 29-year-old man earlier in the day. Jacob Blake, the man, was in possession of a knife after struggling with police, authorities said in an update on Aug. 26.

Rioters burned down buildings, torched vehicles, looted, and attacked police officers across three nights, with little sign of law enforcement in some areas.

A curfew was imposed on Sunday night at 8 p.m. The curfew was moved to 7 p.m. on Wednesday night.

People with guns showed up to help protect businesses after the destruction. Kyle Rittenhouse, a 17-year-old, Antioch, Ill., resident, was one of them.

Video footage appeared to show Rittenhouse shoot several people. Some of the footage indicated he may have been acting in self-defense.

The three people who were shot were identified by family and friends. The teen, arrested on Wednesday, is awaiting a second hearing on when he’ll be extradited to Wisconsin.

According to researchers at the Atlantic Council’s Digital Forensic Research Lab, multiple postings on Facebook and Reddit urged armed people to go to Kenosha. “Take up arms and defend out [sic] City tonight from the evil thugs,” one post said.

Miskinis said what happened “is not a police action.”

“This is not the action, I believe, of those who set out to do protests. It is the persons who were involved after the legal time, involved in illegal activity, that brought violence to this community,” he said. Police aren’t sure what led to the use of deadly force.

Kenosha County Sheriff David Beth said people called him to ask to deputize citizens who could help patrol the city against wrongdoers.

“I’m like ‘hell no,” he told reporters. And what happened last night … is probably the perfect reason why I wouldn’t,” he added.

“I don’t know this for sure, but the incident that happened last night, two people lost their lives, I think they were part of this group that wanted me to deputize them,” the sheriff said. “As a part of the county of Kenosha, that would have been, in reality one deputy sheriffs who killed two people. And the liability that goes with that would have been immense.”

But Miskinis said he had no information on whether the shooting was related to a certain group and noted that people are allowed to show up to protests with guns, exercising their constitutional right and protect property.

“I can tell you that I don’t want violence, regardless of which side of any issue you’re on,” he said. “So showing up with firearms doesn’t do us any good. But, keep in mind, the term militia is used, I’ve got no proof it has any organization to it. It may just be simply armed citizens. I don’t know. So, it’s no different than those on the protesters side, who are walking around armed, and those who are counter-protesters, or those who are just witnessing, be armed.”