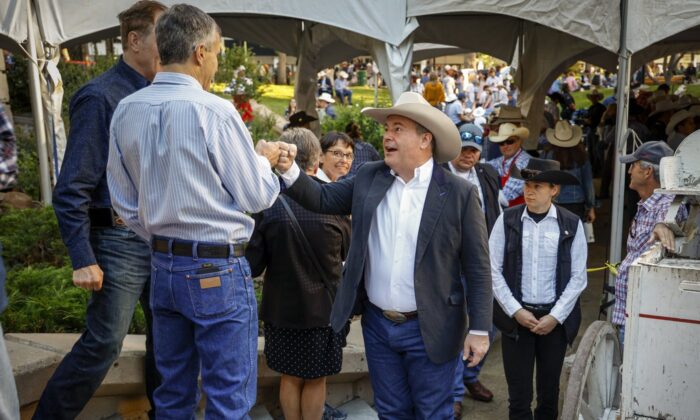 Alberta Premier Jason Kenney says he’ll be raising the alarm over the federal government’s emissions reduction plan when he meets with Canada’s premiers over the next two days.

Kenney says the reduction plan is “pie in the sky,” calling it a “ridiculous” target with no proper plan for implementation.

The premier, who made the comments at the Calgary Stampede’s annual breakfast, says the implications of the plan would be devastating for Alberta just as the world needs more of its energy.

Premiers are first meeting with leaders of the National Indigenous Organizations today in Victoria before starting their Council of the Federation meeting.

B.C. Premier John Horgan, the host and chair of the council, has said health funding will be a focus of the agenda, specifically that the federal government increase its share of spending from 22 to 35 percent to help improve the system.