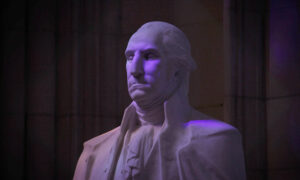 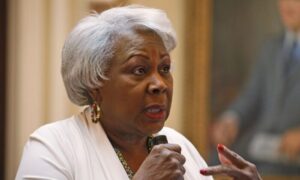 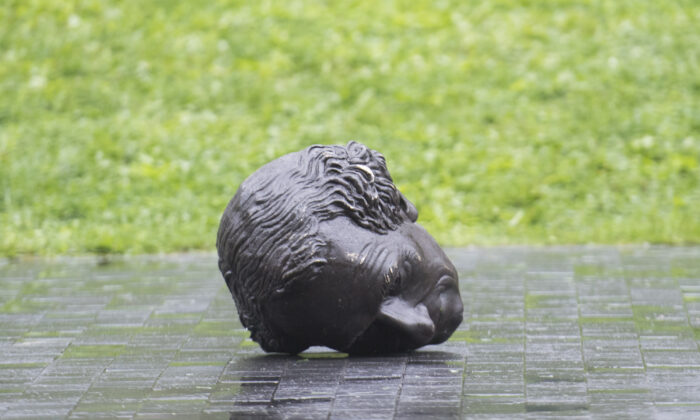 The head of the statue of Sir John A. MacDonald lies on the ground after the statue was torn down following a protest in Montreal on Aug. 29, 2020. (Graham Hughes/The Canadian Press)
Canada

Alberta Premier Jason Kenney says he would be happy to install the vandalized statue of Sir John A. Macdonald at the provincial legislature if the City of Montreal decides not to restore it.

After the statue of one of Canada’s founding fathers and the country’s first prime minister was pulled off its pedestal by a crowd of activists in Montreal on Aug. 29, Kenney took to Twitter.

“It is wrong to allow roving bands of thugs to vandalize our history with impunity,” he wrote.

“If the City of Montreal decides not to restore Wade’s statue of Macdonald to where it has stood for 125 years, we would be happy to receive it for installation on the grounds of Alberta’s Legislature.”

Macdonald’s reign has been scrutinized of late for his government’s role in federal policies affecting Indigenous Peoples, including initiating the residential schools system and enacting the Indian Act. The aim of residential school system was to assimilate native children into mainstream society, but it has been blamed for widespread abuse of the children.

Kenney defended Macdonald and condemned the act of vandalism.

“He was an immigrant who suffered unimaginable personal trauma throughout his life, which he overcame to forge an enormous country out of divided factions,” he wrote on Twitter. “It’s right to debate his legacy and life. But it is wrong to allow roving bands of thugs to vandalize our history with impunity.”

“Many of those on the extreme left responsible for this kind of violence claim that Canada is an illegitimate state, all the while enjoying Canada’s rights, freedoms, privileges & prosperity,” he added.

“None of those things were created by accident. They come from the vision & sacrifice of those who went before us, particularly Macdonald himself.”

Portland-based journalist Andy Ngo, who has reported extensively on Antifa, posted a video on Twitter about the incident, saying it has the hallmarks of the violent anarchist group.

“Organized black bloc militants have toppled the statue of Canada’s first prime minister, John Macdonald, in Montreal. They used umbrellas & sheets to shield their criminal comrades. The statue’s head broke off as it crashed to the ground,” he wrote.

“They sprayed the anarchist “A” symbol on the beheaded statue. This looks to be the work of antifa militants, if it wasn’t obvious enough.”