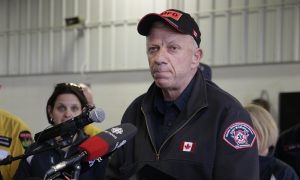 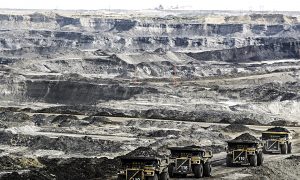 End of an Era for Canada's Oil Sands
0 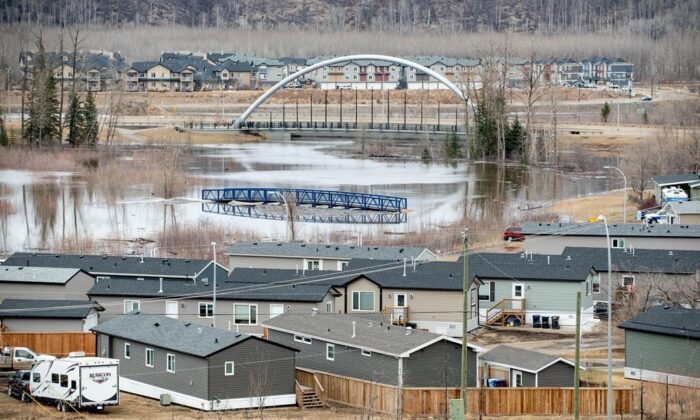 FORT MCMURRAY, Alta.—Officials in Fort McMurray are keeping a close eye on river levels after a 25-kilometre ice jam caused major flooding and forced about 12,000 people from their homes.

Don Scott, mayor of the Regional Municipality of Wood Buffalo, said the ice jam has shrunk by two to three kilometres.

But both he and Scott Davis, director of emergency management for the municipality, said it remains a critical situation.

“Unfortunately we are not in the home stretch yet,” Davis said Tuesday during a news conference.

The latest data shows the Clearwater River is still rising and the Athabasca River has only dropped by about four centimetres, added Scott.

The mayor said it has caused the worst flooding in the region in 100 years and will have a devastating impact on the downtown.

A second state of local emergency is in effect on top of one declared last month because of the COVID-19 pandemic.

Scott said he has met with Alberta Premier Jason Kenney and talked to federal Emergency Preparedness Minister Bill Blair, and both offered to help.

However, the municipality has not asked the province to make a formal request to the federal government.

“We made a large series of asks of the premier,” said Scott. “That included more RCMP support. It includes things like tiger dams, potentially sandbags and other support going forward.”

Kenney and Environment Minister Jason Nixon toured the area on Monday and said the province is ready to help.

“We took a flight over the city and saw the impact. It’s very significant,” Kenney said during a news conference Monday night.

“This, of course, adds to … a community that has struggled with the fire (four) years ago, with several years of economic adversity and now with the coronavirus pandemic and now these floods.”

The city’s entire downtown is under an evacuation order due to high water caused by spring ice breakup on the rivers in the area.

Northern Lights Regional Health Centre and the nearby Grayling Terrace neighbourhood are exempt from the order.

More than 5,000 people have registered at two evacuation centres and the municipality says that number is expected to grow because about 12,000 people live in the areas being evacuated.

Kenney said officials will work with the municipality to request the federal government’s support if it’s needed.

The federal government said it is ready to help.

“We are closely monitoring the situation in Fort McMurray during this difficult time,” said an emailed statement from Blair.

“While no formal requests have been made, our government is ready to help when called upon.”