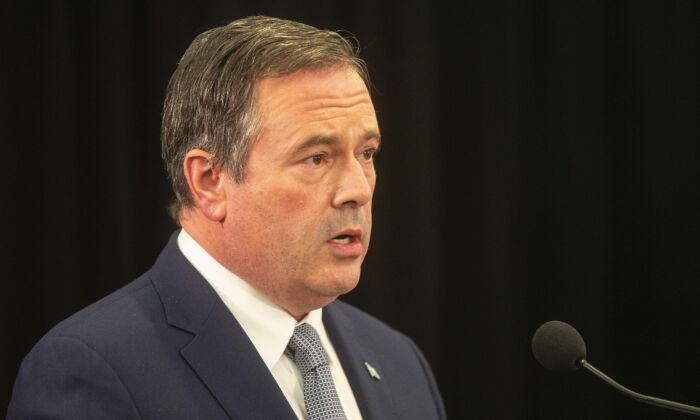 Troubles for Alberta Premier Jason Kenney don’t show signs of abating as he faces scrutiny from those who wanted stricter public health controls when he scaled back restrictions in the summer, and is also confronted with revolt from within his caucus for reintroducing new virus control measures.

“From the standpoint of internal caucus support, the premier is under fire from both wings of a party which has not really had the time to jell effectively since he put it together from components of two competing parties in 2018,” Geoffrey Hale, a political science professor at the University of Lethbridge, told The Epoch Times.

United Conservative Party (UCP) deputy Speaker Angela Pitt, who has advocated against COVID-19 restrictions, said on Sept. 29 that she doesn’t have confidence in Kenney’s leadership. Earlier that month, UCP MLA Leela Aheer said Kenney botched the response to the fourth wave of the pandemic and should resign.

In light of the growing criticism against him, Kenney met with his caucus on Sept. 22 and later asked the party to move up a leadership review from late 2022.

For a province with a deeply rooted heritage of conservatism and libertarianism, infringing on personal freedoms is seen by some as an issue of principle that, if pushed too hard, may not overvalue keeping the UCP in order to keep away a progressive government.

But that heritage is not the entirety of Alberta’s composition—it’s a province with widely diverse views between the urban and rural areas. There are also those who see the rising COVID-19 hospitalization cases as an “I told you so” moment after Kenney lifted restrictions early in the summer. This is especially the case in the major urban centres, such as Calgary, where Mayor Naheed Nenshi has been a vocal critic of the UCP government’s policies.

“People are dying. Families are going through immeasurable grief and pain. And this could’ve been avoided,” Nenshi said in September.

For Barry Cooper, a political science professor at the University of Calgary and a member of the Free Alberta Strategy, which advocates for “complete provincial legislative sovereignty within Canada,” Kenney’s failing was in his “flip-flop” policies during the pandemic.

He adds that the primary purpose of a government bound by the Constitution is to ensure the liberties of citizens are upheld, and not to cave in to excuses for excessive restrictions “accompanied by a really unpleasant sort of propaganda campaign based on fear that does nobody any good.”

Hale thinks that through the initial waves of the pandemic, Kenney more or less succeeded in balancing “a variety of interests and perspectives.” But he says his government was “overly optimistic” in reopening ahead of the fourth wave.

“It would have been helpful if … [Kenney] had had a phased reduction in restrictions over the summer, so there could have been some opening,” he said.

By scheduling the leadership review in spring, Hale said, Kenney has given himself “some breathing room” to get the situation back in control. He adds, however, that the premier’s “leadership is very much at risk at this point from a membership that is dissatisfied at both ends of the scale.”

Marco Navarro-Génie, president of the Haultain Research Institute, says all jurisdictions, including the federal government and the provinces and municipalities, should have allowed emergency experts to handle the pandemic response in the first place, instead of medical experts, as emergency experts are the ones trained and prepared for crises and best able to carry out the respective jurisdiction’s emergency plan covering a wide range of issues.

“This became such a narrowly focused medical issue that they lost sight of everything else.”

Navarro-Génie says Kenney is the kind of politician “you want on your team because he fights, he doesn’t just talk,” noting that he’s “intelligent, experienced, and a very hard-working politician.” But he says Kenney is trying to please everyone, which is “the standard of regular politics,” whereas a crisis calls for a different “playbook.”

“Kenny is playing regular politics in times of crisis,” he said.

“It is not unusual in politics or inside a family or at work, [that] when you try to please everyone, you end up displeasing almost everyone.”