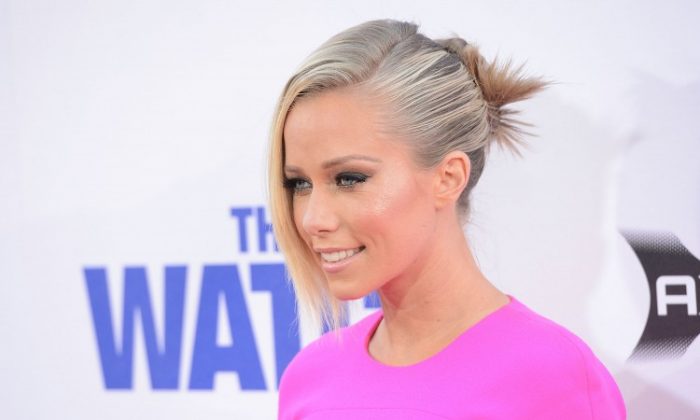 Kendra Wilkinson Quits ‘Splash’ Dive: ‘This Will Haunt Me’

Kendra Wilkinson quit the ABC reality TV show “Splash” two days ago over concerns that she could not complete a high dive on the program.

“One thing I don’t do is quit. This is the first time in my life I’ve quit something. This will haunt me for the rest of my life,” Wilkinson said on the program after she could not make the dive, according to People magazine. She was eliminated from the competition afterward.

Wilkinson climbed up a 23-foot platform but ultimately backed down.

On Twitter, Wilkinson said that she felt “no disappointment” in not completing the dive. “I did what I could n that was that. Diving is just not my thing n I found that out throughout the show (sic),” she added.

Wilkinson had explained to the E! network that she has a fear of heights.

“I start spinning, I start wanting to throw up, I’m shaking, my fingers wiggle,” she said.

“Splash” began on March 19, with contestants including Drake Bell, Wilkinson, NBA legend Kareem Abdul-Jabbar, and others.

Wilkinson, 27, has starred in a number of reality TV shows, including “Dancing with the Stars” on ABC, “The Girls Next Door” on E!, and her own called “Kendra.”