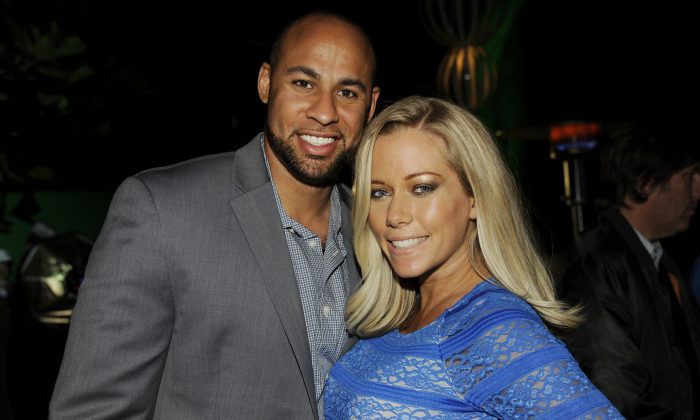 Kendra Wilkinson has said that the FBI is investigating the incident involving her troubled husband Hank Baskett.

A few weeks ago, it was reported that the two were going to the federal agency after alleged lover Ava Sabrina London talked to the media about an affair before illegally recording and extorting him.

Wilkinson told Access Hollywood that the recordings of Baskett promising to pay London were “manipulated.”

“It’s not a relationship that is being told out in the press, there is a different story,” she told the two, via HollywoodLife. “As you can tell I know, there is some investigation going on right now which is why I have to stay away from some things.”

The Access Hollywood host then responds: “An FBI investigation?” After that, Wilkinson replies, “Yes.”

According to Radar Online, there’s audio footage of “Hank” trying to bribe London.

“I just wanted to confirm that you hadn’t said anything,” the person who is purported to be him is heard saying on the tapes. “They just said two weeks before Kendra was pregnant that I hooked up.”

Meanwhile, Wilkinson has said that she will never divorce Baskett.

“We’ll prove it,” Kendra said on Access Hollywood, via the MailOnline. “Until we’re 100 years old. We’re gonna be together forever.”

She added that her husband “got trapped,” saying he’s “an innocent, vulnerable guy. It’s so sad.”

“It’s not what you think happened,” she said. “I can’t go on further past that. There is some investigation going on right now and that’s why I have to stay away from some things.”

“There are curveballs that are thrown at you and you just have to get over it and forgive.”