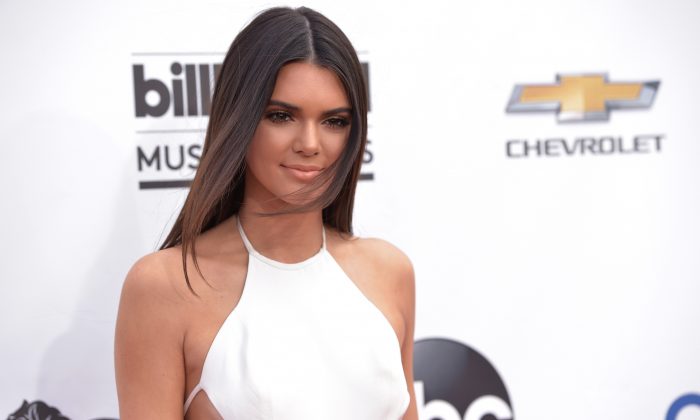 Kendall Jenner arrives at the Billboard Music Awards at the MGM Grand Garden Arena on Sunday, May 18, 2014, in Las Vegas. (Photo by John Shearer/Invision/AP)
Entertainment

While trying to introduce the Australian boy band “5 Seconds of Summer,” she paused and then uttered “One…,” almost as if she thought the band she was introducing was One Direction. Then, sinking her head in embarrassment she laughed it off, explaining to the 16 thousands people in the audience “I’m the worst reader.”

“Anndddd as if I wasn’t nervous already!!!! #NeverLeavinMyContactsAtHomeAgain! #LOL #LessonLearned,” the star tweeted the next day.

Jenner then posted a photo on Instagram with the message “Lord Disick people…gotta laugh at yourself,” which was later removed.