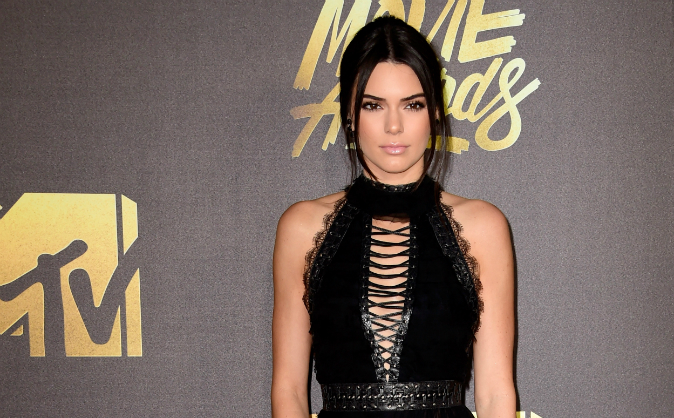 Kendall Jenner on Paparazzi: ‘It’s so Crazy to Me Because It’s Stalking at This Point’

Kendall Jenner, along with her famous family, the Kardashians/Jenners, were thrusted into the spotlight after the premiere of their E! reality television series, “Keeping Up With the Kardashians.” Since then, they have become fodder for tabloids and photographers vying to snap every living moment of the family—actions that at times overwhelm the 20-year-old.

“They wait outside my house every single day. It’s so crazy to me because it’s stalking at this point. When I say every day, I’m not kidding,” said Jenner in an interview with Harper’s BAZAAR. “I don’t understand how that is legal. There should be some kind of Sunday off or something.”

She covers the June/July 2016 issue of the magazine.

While photographers wait to capture the model, fans also hope to have a moment with the star, who always tries to have a friendly deposition—which is at times difficult.

“I’m always trying to be nice to them, but sometimes it’s hard because you’re human, and sometimes you have a bad day,” she said. “Like if you’re getting into your car and you don’t say hi, all of a sudden you’re so mean. There is a balance, for sure.”

Justin Bieber, “a good friend of the family” expressed the same sentiments in an Instagram post, declaring to no longer take photos with fans.

As Jenner continues to navigate the fashion industry as a new model—she thought she’d be a horse rider and then a veterinarian—for luxury designers like Chanel and Givenchy, she continues to struggle with being shy.

“I’m also pretty shy when I first meet someone,” she revealed. “I’m not super open to new people. I have a small group of people I trust. I’m very intuitive, so I’m good at feeling out how people are, like if they have bad intentions. Sometimes I’m very closed off, which annoys me, but I think it’s for the best.”

Though her celebrity status itself is pretty major, there is one celebrity Jenner is a huge fan of—”Lemonade” singer, Beyoncé.

“Beyoncé. Oh, my God, are you kidding? I am 100 percent a huge fan of Beyoncé,” she raved. “If I see her, I will faint. I’ve met her before. I just get really nervous and quiet—I just shut up and bow down.”

The June/July 2016 issue of Harper’s BAZAAR is available on newsstands May 24.