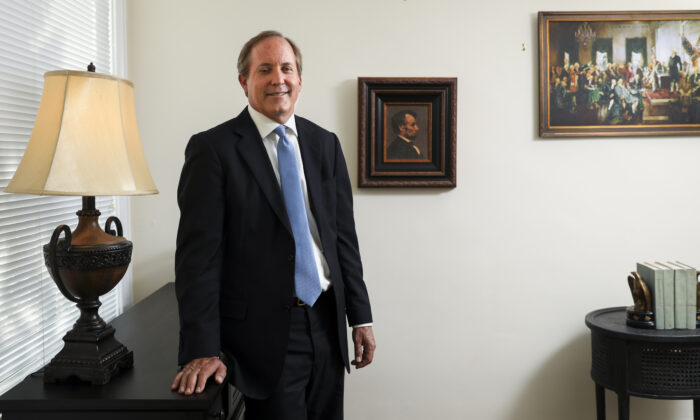 Paxton will face former American Civil Liberties Union lawyer Rochelle Garza in the general election in November. Garza won the Democratic primary by more than 20 points on May 24.

Paxton, the Trump-endorsed incumbent, failed to outright win the primary in March, which would have required more than 50 percent of the vote. However, in the four-way race in March, he had ended with a handy lead over second-place Bush—gaining 42.7 percent of the votes to Bush’s 22.4 percent.

Turnout for primary runoffs is historically dismal. The more high-profile 2020 presidential primary attracted fewer than 13 percent of registered voters in both the Republican and Democratic races. Texas has 17 million registered voters.

“​​Help me end the Bush Dynasty,” Paxton wrote on Twitter on May 17, as early voting was underway.

Paxton has legal issues going into the election, which may be part of the reason he didn’t sail through the primary. He’s facing an FBI probe into abuse-of-office allegations, as well as an upcoming trial for securities fraud.

But he received the coveted Trump endorsement last year, which likely gave him an early bump. On May 16, Paxton posted a video of him and Trump standing together as the former president calls him “the most effective attorney general.”

“Get out and vote for Ken Paxton, he’s going to win big. But you know what, just in case he gets a little bit close, go out and vote. He’s done a terrific job for Texas and for our country, and he has my complete and total endorsement,” Trump said.

Bush—the son of former Florida Gov. Jeb Bush, who ran for president in 2016—has his family political dynasty, which used to be considered Texas royalty, behind him.

However, the Bush name isn’t necessarily an advantage anymore as support of the name wanes, particularly post-Trump. He’s the last Bush still in office.

“The Bushes found themselves sort of outside of the mainstream of the Republican Party once Trump defeated Jeb Bush in the Republican primaries—that was lots of bad blood,” Kenneth Grasso, professor of political science at Texas State University, told The Epoch Times.

“Paxton is clearly the candidate of the Trump wing of the party in the sense that he is, again, a social conservative, more populist oriented, more aggressive, and assertive in pushing his political agenda.”