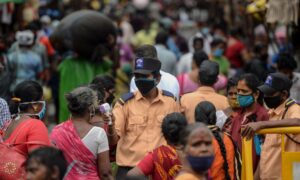 Kelp is one of the most useful plants nature has to offer. It is a self sustaining, rapidly renewing resource and, as a food and fertilizer, has an extraordinarily high mineral content.

Having little in common with terrestrial plants, and not reproducing via seeds or flowers, each cell of the kelp algae is capable of reproducing itself very quickly. It can grow up to 90 meters in height and, underwater kelp forests can be found in the shallow parts of many of the world’s oceans.

This seaweed is not only high in heavy minerals but also trace elements including gold, silver, iron, vanadium, titanium, as well as silicon, zinc and boron.

Minute quantities of these heavy minerals are all present in the human body. Although modern science is yet to fully understand the role they play, it is good practice to provide our bodies with the same nutrients with which its internal environment consists, if we are to expect healthy function.

One of the best known of these minerals that are used therapeutically is iodine, commonly used to prevent the development of goitre of the thyroid gland. The iodine present in kelp is in a form that can be readily used by the thyroid without the body having to process it. Herbalists prescribe kelp as a general glandular tonic, and for vague and persistent conditions which seem to require one or more of those trace elements not generally available in our modern western diet.

We can also benefit from the vitamins in kelp. Vitamin B12 is present in amounts comparable to that found in animal livers making kelp particularly important for the vegetarians amongst us. Other vitamins include: Vitamin C, in amounts comparable, pound for pound, with oranges; vitamins E and K; and evidence once again that vitamin D does exist in vegetable form.

Granulated kelp can be found in health food stores these days and a small amount, sprinkled over meals (particularly seafood dishes), is a great way to include seaweed in western dishes.

Kelp also has a high amount of sugar and with its ability to grow at a rapid rate, up to half a meter a day, it is a viable source of alcohol for fuel.

Added to feed for sheep, horses, dairy and beef cattle, kelp improves general condition, fertility and disease resistance, as well as increasing milk output. The practice of supplementing the diet of grazing cattle with salt licks may well be made obsolete by the inclusion of kelp in their feed, considering the trace minerals found in kelp are in a greater concentration than those found in unrefined sea salt.

For gardeners, kelp is one of the best sources of manure, spread out and dug into soils, or soaked in fresh water and used as liquid fertilizer, not only replenishing long lost minerals & trace elements but also promoting microorganisms essential for healthy soils.

The cultures of northern Europe have traditionally harvested kelp in early to mid-summer and used it in many and varied ways; as fuel; as a lining for cottages; on the fire to smoke fish and bacon; and in the form of kelp ash to cover maturing cheese. It was also used in the early 1800’s in the manufacture of glass and soap, and in Denmark experimentally to make paper.

As a vegetable, kelp is second to none, with the only processing required being drying. It is the only truly organic food we have left in our modern world. Why? Kelp has a certain cellular resistance to anything that is not natural, and after drying, is found to have no contaminants. What a shame we in the Western world do not make more use of such a perfect vegetable.