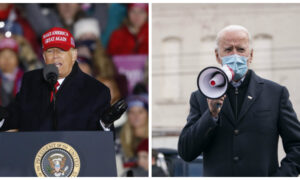 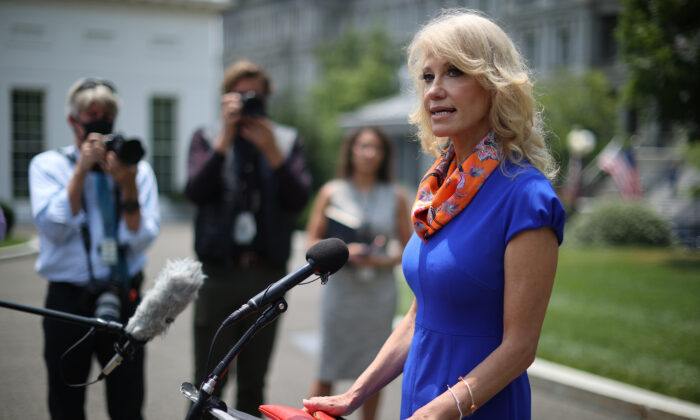 Conway made the statement during an interview with ABC News on Tuesday evening.

“I’m headed over to the White House shortly, be joined by I think a couple hundred people, and the president is expected to address the nation later from the East Room of the White House,” she said.

Conway served as counselor to the president until August, and was Trump’s campaign manager when he won the 2016 election. During the interview Tuesday, she recalled the night of the 2016 election and said the Trump team are a group of patient people and will wait for the full election results.

“We’re not in a rush, we’re patient people. I certainly am, but I know the president, I watched him watch returns now in 2016, and 2018, and he really gets very quiet he watches, he’s working the phones,” she added.

The White House did not immediately respond to The Epoch Times’ request for comment on Conway’s statement.

As of 8:21 p.m. ET on Nov. 3, multiple media outlets called the victories for Trump in West Virginia, Kentucky, Indiana, Tennessee, Missouri, Alabama, and Oklahoma, all states he was widely expected to win.