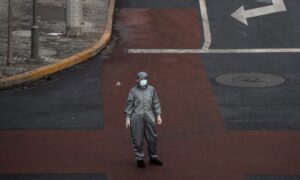 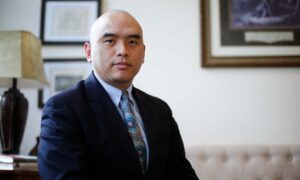 How Was The Wuhan Coronavirus Outbreak Turned Into a Political Show? -- Dr. Lin Xiaoxu
0 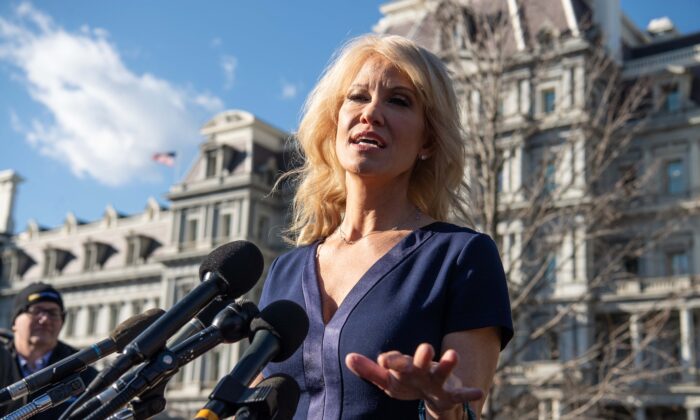 A Fox News pundit pointed out to Conway that many protesters were not adhering to social distancing guidelines, including standing closer than six feet from one another and not wearing face protection.

Conway agreed that some protesters haven’t followed the guidelines but stipulated that “some of these governors have physically distanced from common sense.”

“In Michigan, you can basically smoke your grass but not cut your grass,” Conway said, referring to the consumption of marijuana and Michigan’s restrictions on the sale of lawn and garden products, respectively. “This makes no sense to many people and, so, for them, this is not from any domestic rebellion.”

Her remarks came after Trump over the weekend wrote on Twitter calls to “LIBERATE” Michigan, Minnesota, and Virginia, which recently passed a raft of bills many in the state say are unconstitutional.

In Michigan, Kentucky, Ohio, North Carolina, and elsewhere, a number of demonstrators gathered to protest stay-at-home measures. Such restrictions triggered a landslide of job losses in recent weeks, with more than 20 million people claiming unemployment insurance.

“Economically, they’re saying, ‘Look, I’m in a low infection area, I’m asymptomatic, not exposed, I want to get back to work,’” Conway said.

“Let’s be fair, today is April 20th, we have millions—tens of millions—of Americans right now staring at May’s bills. How are they going to meet these bills in May? Their rent, their mortgage, the food for their children—basic necessities for their household—and they’re saying, ‘I want to get back to work,'” she added.

Conway noted that while governors have the final say on reopening their states, there is a concern among some in the White House that they are engaging in “controlling the population” rather than “protecting them.”

Following protests at the capitol building in Lansing, Michigan Gov. Gretchen Whitmer said progress is being made on slowing the spread of the CCP virus.

“You know my stay-home order is one of the nation’s more conservative, but the fact of the matter is, it’s working. We are seeing the curve start to flatten. And that means we’re saving lives,” she told CNN on April 19.

Namely, Whitmer’s order has been described as draconian by critics, who have said it’s a violation of their constitutional rights. The order is among the most restrictive in the United States and bans the sale of many items deemed nonessential at big-box stores, as well as some unusual provisions like banning the sale of seeds. It also bars people from visiting friends or relatives, second homes, and vacation rentals in the state under most circumstances.

“Michigan right now has the third-highest death count in the country; we are the 10th-largest state. As you can deduce, this means we have a uniquely hard issue going on here,” Whitmer said in the interview. “It is disproportionately hurting our state, and that is why we need to take a uniquely aggressive action to protect people.”