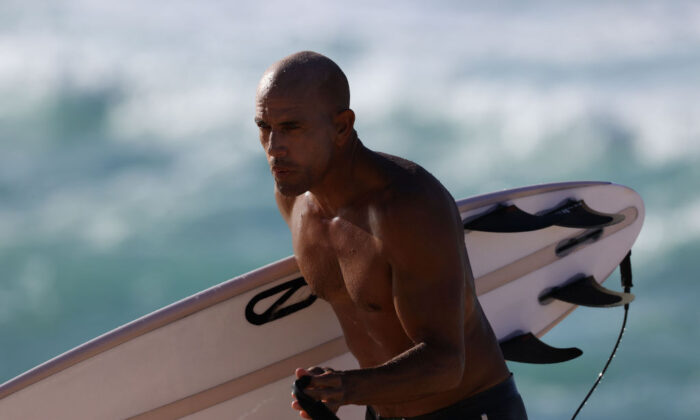 Kelly Slater has confirmed that he’ll be competing at all stops on the Championship Tour in 2022.

Celebrating his 50th birthday on Friday, and coming off the back of a victory in the first 2022 CT event at Pipeline, Slater told the press of his commitment to the tour, World Surf League (WSL) reported.

“Yeah, I’m planning to go to all the stops this year. I think I’m just committed—I haven’t really had a full year on Tour in like five years,” he said.

This comes after Slater had said at the Billabong Pro Pipeline award ceremony that he was undecided as to whether he would be paddling out at Sunset Beach, the next leg of the tour.

He said that a year and a half of injury, through which he was unable to compete, plus the year missed because of the COVID-19 pandemic, made the last four years tricky for him.

Prior to the recent Pipeline victory, Slater had not won a CT event since 2016 at Teahupo’o, Tahiti, and had not held the Yellow Jersey—the one worn by the rankings leader—since 2014, when Brazilian Gabriel Medina took it from him.

When asked whether he considers himself a contender for the 2022 World Title, Slater said that he was nowhere near it, and has a lot of work to do between now and the end of the year.

“I know I gotta make that top five,” he said. “I’d like to try to win a couple of contests this year now that I have that confidence back and the understanding of how to do that and the belief that it can happen.”

Trestles, California, is where the top five will battle it out to determine the CT champion, and Slater said getting to that event would be a perfect finish to his career, because it’s where he won his very first professional surfing contest in 1990.

“I was still in high school, I was starting my first week of my senior year, my last week in high school was that week, and I won $30,000 and it was just such a dream come true to start my career,” he said.

“So, it would be a nice place to finish for me also if I chose for it to be my last contest, if I make it to the Final 5.”

Meanwhile, the event window for the Hurley Pro Sunset Beach opened on Friday, but due to unsuitable conditions, start of competetion has been delayed.

However, solid waves are expected this week, so the next call is Monday, Hawaiian time or Tuesday morning, Australian time.