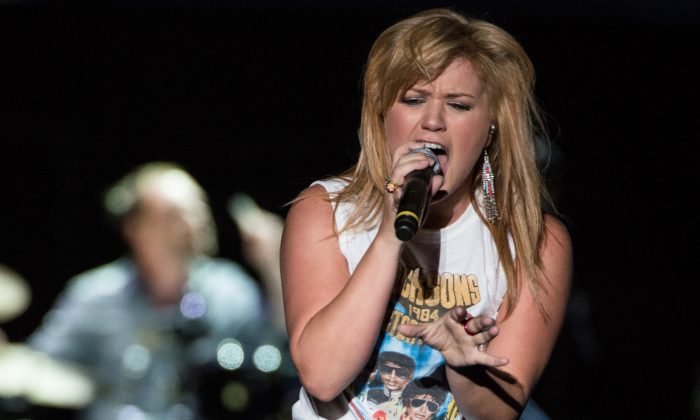 Kelly Clarkson: I Was Blackmailed Into Working With Dr. Luke

Kelly Clarkson said in a new interview that back in 2004, she was “blackmailed” by her record label into working with Dr. Luke, who has been embroiled in a controversial legal battle with Kesha, best known for her hit “Tik Tok.”

Literally I got blackmailed by my label. They were like, ‘We will not put your album out if you don’t do this.’
— Kelly Clarkson

Clarkson told an Australian radio station that she worked with Dr. Luke on her album Breakaway “because literally I got blackmailed by my label. They were like, ‘We will not put your album out if you don’t do this.'”

Kesha has accused Dr. Luke of sexually assaulting her, and last month lost her legal battle to break her contract with Sony, who she said was forcing her to work with Dr. Luke.

Luke has said that the record label is letting Kesha work with whomever she wants to, invalidating any reason for breaking the contract. Luke is the head of the Sony sub-division that Kesha is tied to contractually.

A number of pop stars have expressed sympathy for Kesha, Taylor Swift even cut her a $250,000 check to help with legal fees, and Clarkson is joining the pile-on, disparaging Luke’s character.

“Unfortunately, when you have that poor of character–so many artists don’t like you and don’t like working with you–that’s not normal. I get along with everyone I work with, but he’s just not a good guy for me,” Clarkson said. “Obviously, he’s a talented dude. He just lied a lot. I’ve run into a couple of really bad situations.”