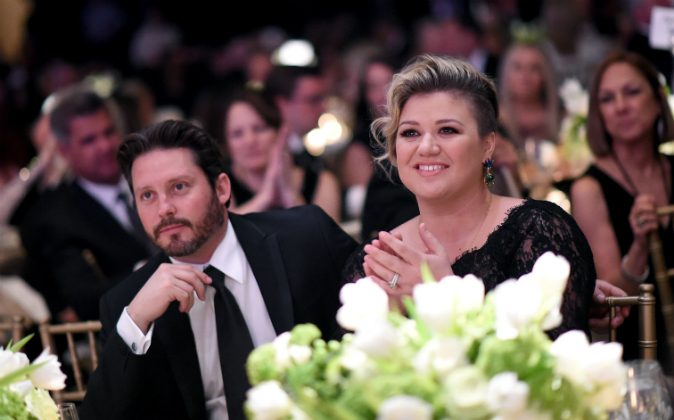 Congratulations are in order for Kelly Clarkson and husband Brandon Blackstock. The couple welcomed their second child on April 12.

“Our little baby boy has arrived!! Remington Alexander Blackstock was born 4/12/16 & he is healthy & we couldn’t be happier or more in love!” Clarkson wrote via Twitter on April 14.

Our little baby boy has arrived!! Remington Alexander Blackstock was born 4/12/16 & he is healthy & we couldn’t be happier or more in love!

This is the second child for the “American Idol” winner, who is already a mother to 22-month-old River Rose.

The Idol alum attended the grand finale of the show as it wrapped up its 15-year run last week. But it was her performance on the Idol stage in February that left everyone in attendance an emotional wreck. The 31-year-old performed “Piece by Piece,” a song she wrote about her absent father as she was pregnant with River Rose. Judges Keith Urban and Jennifer Lopez were visibly upset, and Clarkson herself struggled to get through the song.

“I didn’t realize it was gonna be that bad,” she later told Ellen DeGeneres in an interview.”[Brandon] was [there], my little girl was there, my little boy was turning circles in my stomach. It was nostalgic,” she said. “It was the last time I was gonna be on Idol and it’s ending. I was screwed from the get-go.”

Clarkson and Blackstock tied the knot in 2013.

See Clarkson’s performance of “Piece by Piece” in February.