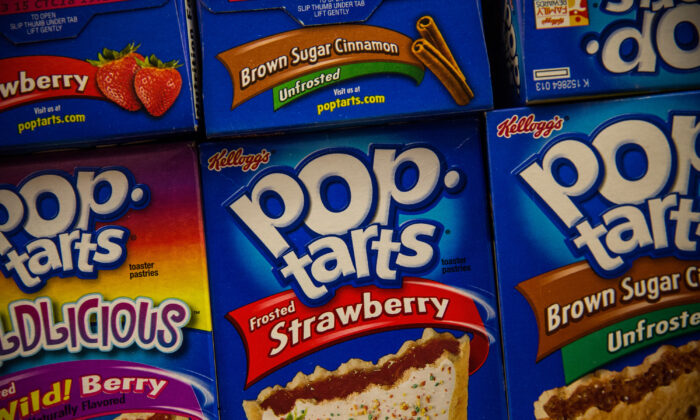 Boxes of Pop-Tarts sit for sale at the Metropolitan Citymarket in the East Village neighborhood of New York City on Feb. 19, 2014. (Andrew Burton/Getty Images)
Companies

Workers for Kellogg Inc. have voted in favor of a new tentative labor deal, ending their strike of over two months and setting the stage for a return to work on December 27th.

The strike began on October 5th, when about 1,400 workers saw their contracts expire without an acceptable replacement, prompting them to abstain from work at plants in Michigan, Nebraska, Pennsylvania, and Tennessee until an acceptable labor agreement could be reached. They were organized as members of the Bakery, Confectionery, Tobacco Workers, and Grain Millers’ International Union.

The strike has elicited support from prominent politicians, including a visit from Senator Bernie Sanders, who gave a perfunctory speech outside the food processing company’s headquarters in Battle Creek, Michigan. When Kellogg threatened to replace permanently the striking workers, the White House sharply criticized the company.

“Permanently replacing striking workers is an existential attack on the union and its members’ jobs and livelihoods,” said President Biden in a statement earlier this month. “And such action undermines the critical role collective bargaining plays in providing workers a voice and the opportunity to improve their lives while contributing fully to their employer’s success.”

The agreement was seen as favorable to workers, and notable included the removal of the two-tier system, in which senior employees were paid more than more recent hires. The deal includes across-the-board wage increases and expanded benefits. A previous tentative agreement was rejected by workers, precisely because it did not include the removal of the two-tiered benefits system.

With the agreement, the employees are slated to return to work on December 27th under the new conditions. Their successful strike indicates the unique leverage that workers now hold amid a nationwide labor shortage, which has seen the tables turn as employers are forced to make concessions to labor in order to keep workplaces well-staffed and functioning.