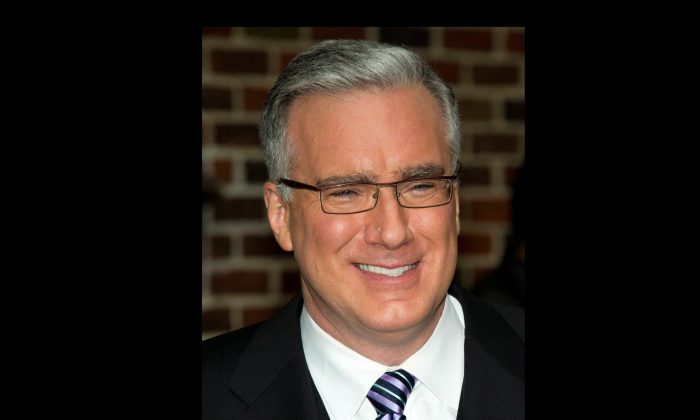 Keith Olbermann, the ESPN anchor, has commented strongly on the Tony Stewart situation–infuriating some NASCAR fans.

NASCAR said on Sunday that “With heavy hearts, we turn our attention to today’s #CheezIt355 [race].” Olbermann didn’t appreciate the tweet, saying that it was “shameful.”

“If @NASCAR wants to run anyway today I can’t argue against it. Death is part of their business. But spare us the ‘so we move on’ [bullcrap].”

A fan pointed out that the race where Ward was hit wasn’t NASCAR sanctioned, and that it had nothing to do with NASCAR except Tony Stewart was involved.

Olbermann said that it was wrong for NASCAR to “turn the man’s death into a promotional tweet.”

Olbermann ratcheted up his tone in some of his replies to people responding to his initial tweets, for instance, telling one who questioned him “screw you, and NASCAR.”

Another user said: “Sorry to here he die but why did he get out of his cart and walk the track when the carts going at top speed,” prompting Olbermann to reply “Try not to tweet in English until you have gained some knowledge. The spelling and grammar are difficult. Plus your IQ is 17.”

He and another user also got into it over the use of an curse word.

Another cautioned him that he may regret his string of tweets, leading Olbermann to reply: “You work for ESPN?”