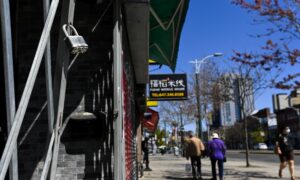 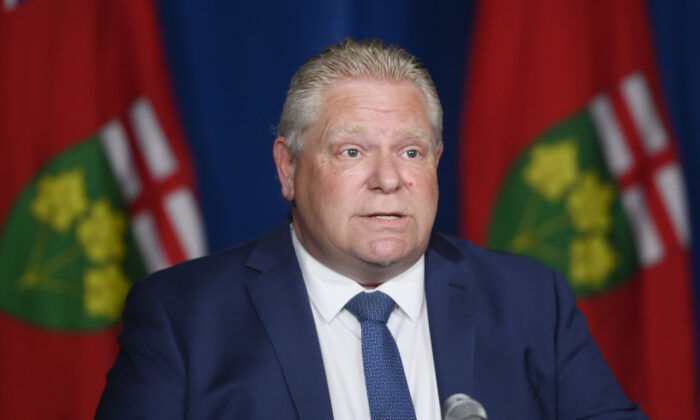 Ontario Premier Doug Ford announces that schools will not resume-in-class learning until September during a press conference at Queen's Park in Toronto on June 2, 2021. (The Canadian Press/Nathan Denette)
Viewpoints

Ontario Premier Doug Ford wants students to be safe. That’s the reason he gave for keeping K-12 schools closed for the remainder of the year.

“It was a hard choice to make, but I will not, and I repeat, I will not take unnecessary risks with our children right now,” explained Ford.

Ford’s heart might be in the right place, but now is the time for him to follow his head rather than his heart. If he did that, he would realize that there’s overwhelming evidence that opening schools is the right thing to do.

First, there’s an emerging scientific consensus that schools can reopen safely. Dr. David Williams, Ontario’s chief medical officer, stated that he supports the reopening of most schools. So have other health officers in the province. Even the province’s own scientific advisory council has recommended opening most schools.

A significant number of other medical experts have also called for the reopening of schools. These include, among others, the Hospital for Sick Children, the Ontario Medical Association, the Pediatricians Alliance of Ontario, and the McMaster Children’s Hospital. This widespread call to reopen schools is about as close as it’s ever going to get to a scientific consensus.

It’s not hard to see why these medical experts want schools to reopen. Schools play a key role in safeguarding the mental and physical health of students. For many children, school is their safe place and is an opportunity for them to receive support that they simply can’t get at home. For many students, this is a healthy breakfast or lunch, while for others it’s much-needed emotional support from a trusted teacher or guidance counsellor.

While Ontario schools will continue to provide remote learning for students, everyone knows that remote learning is substantially inferior to in-person learning. The vast majority of students learn best in a classroom where they can interact directly with their teacher and classmates. Sitting at home and looking at a screen is a poor substitute for an active in-person learning experience in a classroom.

Underlying Ford’s decision is the precautionary principle. Essentially, this principle emphasizes caution, saying that it’s best not to do something if there’s a risk of harm. The maxim “better safe than sorry” sums it up nicely.

However, the problem with the precautionary principle is that it focuses on only one variable and overlooks many other important considerations. In this case, Ford is focused on ensuring that students don’t catch or spread COVID-19. This is a worthwhile goal, but it can’t be the only factor under consideration. That’s because closing schools carries significant risks of other harms.

Closing schools means that mental health problems have skyrocketed, many students have lost access to healthy food, vaccination rates for other diseases has declined (since many happen in school), and, most importantly, students miss out on fundamental academic learning. These are not minor factors—they’re significant and there’s real harm to students who aren’t in school.

Simply put, Ford is taking an unnecessary risk by keeping schools closed. He’s willing to sacrifice everything to keep COVID-19 transmission rates low among students and their teachers. The fact is that schoolchildren are least likely to suffer significant health complications from COVID-19. But they’re the most likely to suffer from other health problems as a result of schools being closed.

In short, keeping schools closed carries far more risk than allowing them to reopen. The harms are well-documented and Ford can’t turn a blind eye to the impact they have on students. If Ford wants to put the health and well-being of students first, he should reopen schools.

It’s important to note that Ontario is now the only province in Canada that’s keeping all K-12 schools closed until the end of the school year. There’s no reason to assume that COVID-19 is a bigger threat in Ontario than it is everywhere else. Schools are reopening in these other provinces because they’re following the scientific evidence. Ontario’s government is not.

Ford is taking an unnecessary risk with Ontario students. It’s time for his government to bring this dangerous experiment to an end and reopen schools.

Michael Zwaagstra is a public high school teacher, a senior fellow with the Frontier Centre for Public Policy, and author of “A Sage on the Stage: Common Sense Reflections on Teaching and Learning“.