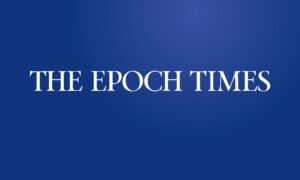 It's Nice Having Real News
0

I wanted to let you know how encouraged I am about subscribing to the Epoch Times. I care, very deeply, about religious freedom. I watch how religious rights and freedoms are at risk in modern times within the United States.  My grandfather was in the Invasion of the Bay of Pigs and was captured by communist forces. He was imprisoned for a couple of years before his release and exile from his home to the United States. My dad remembers how things began to change in Cuba, and he sees things changing in this country. Like me, he is concerned. There is no freedom of religion within socialism or communism, and the left seems bent on restricting the rights of the religious.

I served with the U.S. Army Berlin Brigade in the early 90s, and I saw the Berlin Wall and the stark difference from East and West Berlin. We do not want socialism here. It will destroy our fundamental ideas, and it will cost way more then we will want to pay, not only monetarily, but in our freedoms.

Keep reporting the truth as we are seeing less and less of it within society.