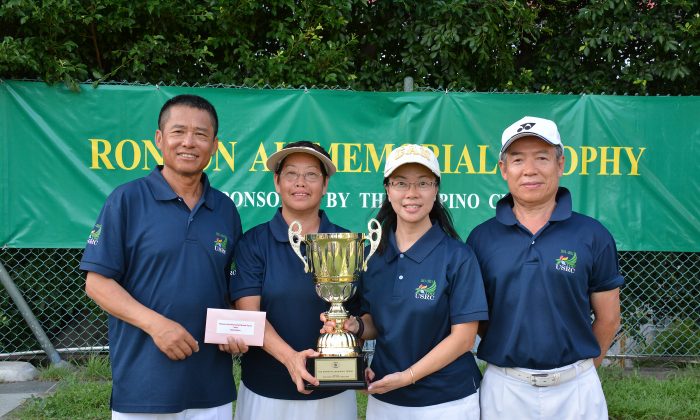 HONG KONG—Defending champion Kowloon Cricket Club and last year’s runners-up Kowloon Bowling Green Club both recorded an 8-0 victory over the weekend to maintain their leadership in Division 1 of the Lawn Bowls Premier League.

After six rounds both teams amassed 36 points, while KCC is on pole position with a massive shot difference of 111, 65 shots more than KBGC.

About 40 per cent of these shots were picked up from the game against newly promoted Tuen Mun Sports Association on Saturday, June 7.

Second-placed KBGC needed to come from behind to beat Craigengower Cricket Club at home.

The third CCC rink skipped by young bowler Lee Ka Ho lead the game 17:12 with three ends to go. However they lost a total of eight shots in the last three ends to gift the game to Stanley Lai.

HKFC is now on third position with 32 points, a point behind the leader Kowloon Cricket Club, who win at home 6-2 against Filipino Club. Shatin Sports Association also took the opportunity to beat Seabird Sports Association 8:0 to level on points with KCC.