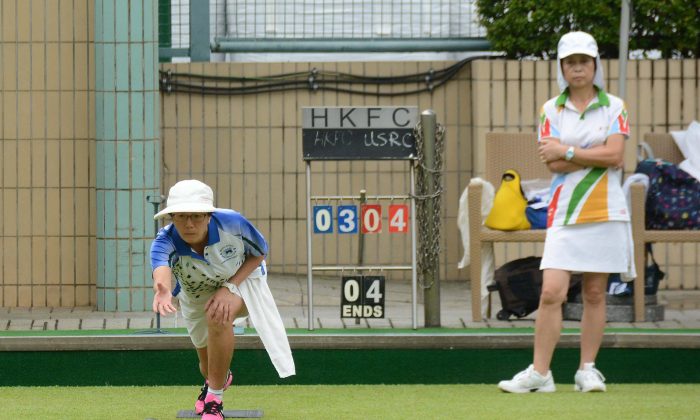 After making a change of seven regular players in the last game, CCC were back to normal and fielded their strongest possible team for the away game against Tuen Mun Sports Association (TMSA), a team that was just hovering above the relegation zone.

The match was tight but interestingly, all three TMSA rinks registered 19 shots when the match concluded.

For CCC, Kevin Fung scored most shots among the three rinks with 13 shots, while Stanley Lai and Lee Ka Ho both took 12 shots only.

The 8-0 results was a repeat of what happened last season when CCC lost with the same scoreline when they travelled to Tuen Mun.

HKFC-A, who were above CCC by two points before this game, were not in action on Saturday because their opponent Hong Kong Youth Development Team were granted permission to delay the game until June 8 because of school examinations for most of the youngsters.

This allowed KBGC-A to move to the summit after they defeated the Police 6-2 at home and accumulated 24 points. HKFC-A have 22 and CCC have 20 points.

At the bottom, newly promoted Club de Recreio have lost all their four games and now only have one single point.

In Division 2, Filipino Club have opened up a lead of 14 points against third-placed City Lawn Bowls Club and look positive in their promotion push. They just narrowly missed promotion by four points last season.

In the women section, the competition was tense with eight points separating the top five teams.

Leaders, Indian Recreation Club (IRC) suffered their first loss of the season, an 8-0 defeat at Island Lawn Bowls Club (ILBC). The win allowed ILBC to move to the top of the table, followed by Hong Kong Football Club who defeated newly promoted United Service Recreation Club 8-0 at home. IRC are on 20 points and stay at third place.

The Premier league continues this Saturday May 27 starting at 2:30pm at all greens in Hong Kong.