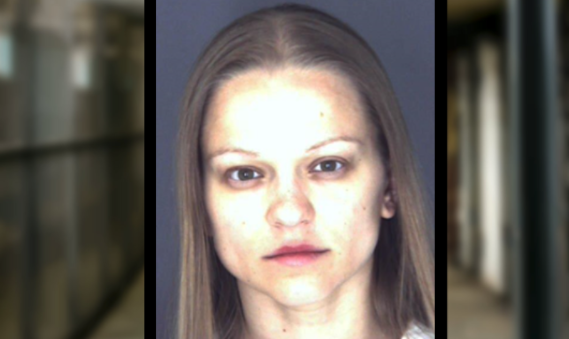 Dubbed the "Kayak Killer" for her role in the drowning death of her fiancé, Angelika Graswald is reportedly attempting to claim the proceeds his life insurance policy. (Orange County Sheriff's Office)
Crime and Incidents

The woman dubbed the “Kayak Killer” for sabotaging her fiancé’s kayak and causing his drowning in the frigid waters of the Hudson River is not giving up on her chance to profit from her intended husband’s death.

The New York Post has now reported that Angelika Graswald, 37, is fighting the family of the deceased man for the right to claim the money from his life insurance policy–close to half a million dollars.

Graswald pleaded guilty to criminally negligent homicide in Vincent Viafore’s death in April 2015, and was released from the Bedford Hills Correctional Facility just before Christmas after serving just over two and a half years behind bars.

And now the infamously monikered “Kayak Killer” is fighting viafore’s family for the right to claim $491,531–or 45 percent–from his insurance policy, the Post reported.

Relatives of the dead man want a court order to prevent her from getting her hands on the money, which prosecutors argued was her goal all along.

“It’s been a nightmare for the last almost three years,” the victim’s mother, Mary Ann Viafore, said on Wednesday, Jan. 24, the Post reported.

“She doesn’t deserve the money. She caused his death!” she said.

Viafore’s mother and sister, Laura Rice, are listed as beneficiaries on the policy. But Graswald, too, features in the document–as the intended recipient of nearly half of the accidental-death payout.

The law states that convicted killers are ineligible to profit from the death of their victims. But Graswald’s criminally negligent homicide plea–versus the initial charges of second-degree murder and manslaughter that could have put her behind bars for 25 years to life–allow her to claim the money.

The only way the family can block the fat payout is to prove she “recklessly” caused her fiancé’s death. That’s the thrust of Judge James Pagones’s ruling last week, according to the Post.

“The court is required to conduct a hearing wherein it will be the petitioner’s burden to establish that Graswald ‘recklessly’ caused the death of Vincent Viafore by a preponderance of the credible evidence,” the Dutchess County judge reportedly wrote in a Jan. 16 decision.

“Of course she was reckless,” she told the Post, “she removed the cap, and the kayak filled up and he went in the river. And then she did something to the paddle.”

The investigation showed that Graswald had removed the plug on Viafore’s kayak knowing that he wasn’t wearing a life vest and that the waters in the Hudson River in November were cold and dangerous.

She also allegedly moved the man’s paddle away from him as he was drowning in the 46-degree Hudson River on April 19, 2015, the Hudson Valley Post reported.

Viafore’s body was found approximately a month after Graswald’s arrest.

Graswald has maintained that his death was a tragic accident, but took the plea deal on Monday, Jul. 24, 2017.

Orange County District Attorney David Hoovler told NEWS12 reporters that the deal was made with the consent of the victim’s family and ultimately holds Graswald accountable for the crime.

The family has reportedly filed a wrongful-death lawsuit against Graswald and awaits adjudication.