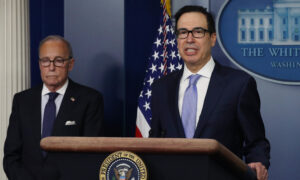 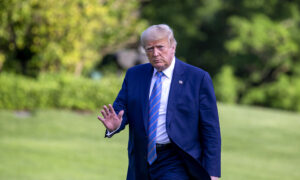 Trump Says ‘Masks Are Good,’ Calls on Americans to Wear Them
0

While there are no blockbusters in the queue of cases before the Supreme Court when Justice Brett Kavanaugh begins his lifetime service on Oct. 9, he likely will still cast tiebreaking votes on major cases making their way through the lower courts.

Having taken the oath of office, Kavanaugh will take the seat formerly occupied by Republican-appointed Justice Anthony Kennedy, who himself cast pivotal votes on crucial cases, but repeatedly disappointed conservatives by siding with liberal justices on issues including abortion and same-sex marriage.

Kavanaugh’s judicial track record suggests he will be a solid conservative voice and his confirmation has solidified a conservative majority on the bench, a dream come true for organizations that have worked for years to shift the balance of the Supreme Court. This sea change at the top of the judicial branch might impact laws on issues ranging from gun rights to religious freedom for decades.

The raised stakes were obvious shortly after President Donald Trump nominated Kavanaugh in July, with top Democrats vowing within minutes to do anything in their power to derail his confirmation. That vow played out at the tail end of the confirmation process when Sen. Dianne Feinstein (D-Calif.) released an anonymous letter making unverified allegations she had withheld from colleagues for weeks.

The ensuing spectacle delayed the final confirmation vote by about three weeks. Kavanaugh vehemently denied the allegations, which were deemed unsubstantiated by a career prosecutor and an FBI report. On Oct. 6, 49 Republicans and one Democrat voted to confirm him to the nation’s highest court.

While none of the cases on the court’s current docket are notable, the justices often take up cases from lower courts that are appealed. Those appeals could soon include a ruling on Trump’s order to terminate the Deferred Action for Childhood Arrivals (DACA) immigration program, as well as cases on religious freedom, gerrymandering, and abortion.

In Washington state, a florist who is a Christian was fined for refusing to work a homosexual wedding is appealing a lower-court ruling against her. Barronelle Stutzman was fined $1,001 after she refused to make floral arrangements for a gay couple’s wedding because it would violate her religious beliefs.

Stutzman’s case pits the constitutional protection of religious freedom against relatively recent anti-discrimination laws, a keystone issue tailor-made for the Supreme Court. The florist’s case is similar to that of a Christian baker from Colorado, which concluded last year with a narrow Supreme Court ruling that didn’t establish any broad protections against the potential overreach of anti-discrimination laws.

The fate of the DACA program is also likely to come before the court, with both states and the federal government appealing the rulings of district court judges. In Texas, a lawsuit by more than half a dozen states is challenging the overall legality of DACA itself. The states pushed for a final ruling in September, paving the way for an appeal.

In Maine, a years-long legal challenge to gerrymandering is back before three federal judges. The practice—frowned upon yet repeatedly used by both Democrats and Republicans—involves redrawing district lines to influence the outcome of elections. The Supreme Court previously declined to take up the issue.

Meanwhile, Planned Parenthood, the nation’s largest provider of abortions, is challenging plans by several states to bar Medicaid reimbursements over of the corporation’s prominent pro-abortion lobby. In other states, challenges are playing out against laws imposing regulations on abortion providers, such as requiring formal ties to a local hospital.

Kavanaugh’s judicial record on both religious issues and abortion is limited.

In Newdow v. Roberts, the judge sided with a District of Columbia circuit court decision that upheld a dismissal of a complaint by atheists who opposed prayers and the addition of the words “so help me God” to the presidential oath at the inauguration ceremony.

The judge’s only ruling on abortion came last year, when he dissented on an appeals-court decision that allowed an illegal alien teenager in federal custody to get an abortion. Kavanaugh wrote that the government “has permissible interests in favoring fetal life, protecting the best interests of a minor, and refraining from facilitating abortion.”

Trump’s bid to restrict the military service of transgender people has been challenged in lower courts and is another issue that could make its way to the Supreme Court.

After lower courts blocked Trump’s ban last year, the president announced in March he would endorse Defense Secretary Gen. Jim Mattis’s plan to restrict the military service of transgender people who have a condition called gender dysphoria. Trump’s administration has asked courts to allow that policy to go into effect.