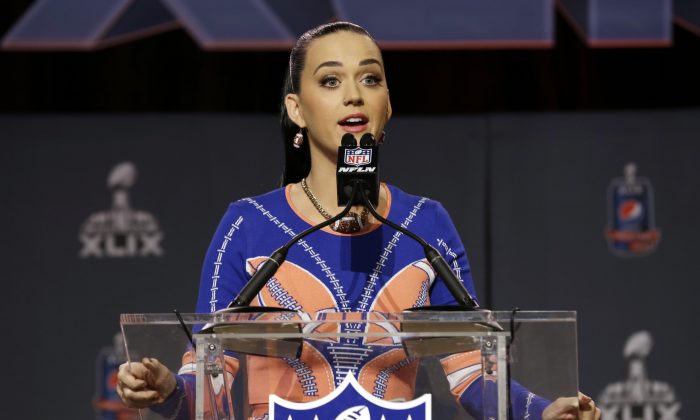 Users on Twitter were claiming (mostly joking) that Katy Perry, during her Super Bowl 49 Halftime performance, was part of the “Illuminati.”

The Illuminati is invoked commonly by conspiracy theorists as the group of shadowy figures who control the world.

Perry a few months ago told Rolling Stone she wanted to join.

“If the Illuminati exist, I would like to be invited! I see all that [expletive], and I’m like, ‘Come on, let me in! I want to be in the club!’ I have no idea what it is. It sounds crazy,” she said in April.

“Weird people on the Internet that have nothing to do find, like, strange triangles in your hand motions,” she added. “I guess you’ve kind of made it when they think you’re in the Illuminati. But listen, I believe in aliens, so if people want to believe in Illuminati, great.”

so much illuminati symbolism @katyperry damn

how soon do you think we’ll get the first youtube video of “katy perry super bowl 2015 hidden illuminati messages”??