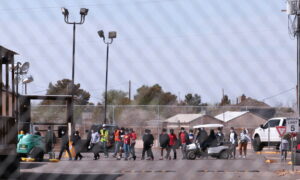 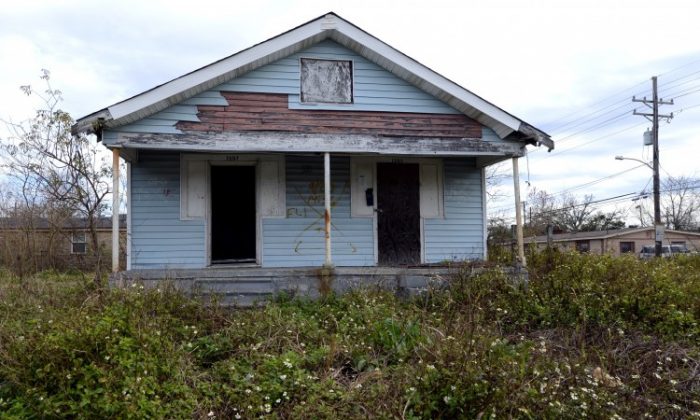 A vacant home in the Lower Ninth Ward of New Orleans February 5, 2013. (TIMOTHY A. CLARY/AFP/Getty Images)
US

A report from the inspector general found that $700 million that was supposed to be given to the victims of Hurricane Katrina to protect their homes against future flooding or related disasters has gone missing.

The Department of Housing and Urban Development called on Louisiana officials to recover the millions of dollars that was supposed to be appropriated for homeowners to help elevate their homes.

“We have $700 million that we can’t account for and that certainly did not go to elevating homes and preventing future damage from storms,” agency inspector general, David Montoya, told ABC News

But he added that actually recovering the money would be “slim, at best.”

Following Katrina and the ensuing flooding in 2005, Congress approved $29 billion to help victims. This included a $1 billion program that would help homeowners elevate their homes.

The investigation found that 24,000 homeowners who got $30,000 grants were unable to detail how they improved their homes.

“There is fault all the way around. Clearly the homeowner accepting up to $30,000 to elevate their home is at fault for not using the money that it was intended for,” Montoya said.

HUD officials said the state is responsible for making sure the money was spent properly. But after seeing similar results in previous audits, department officials helped Congress put tighter reins on the program in distributing aid to victims of last fall’s Superstorm Sandy in the Northeast.

“In the years since Hurricane Katrina, HUD has already implemented a number of the recommendations made by the inspector general, including additional controls to ensure recovery funds are used appropriately,” department spokesman Jason Kravitz said.