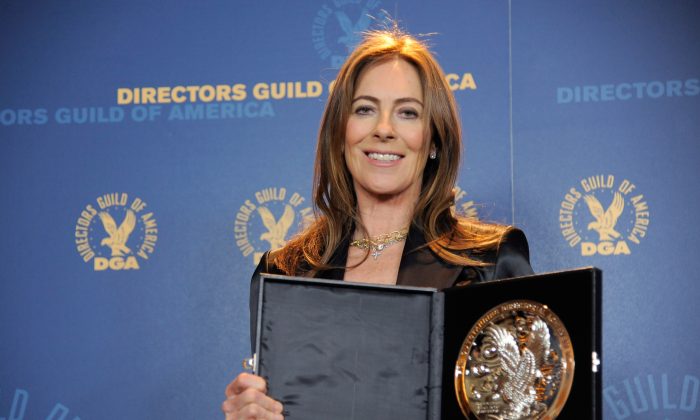 Kathryn Bigelow to Present Documentary About Elephant Poaching at NYFF

Renowned film director, Kathryn Bigelow, who received two Academy Awards for “The Hurt Locker” and became the first female to receive the Oscar in the “Best Achievement in Directing” category, will be presenting an powerful documentary about elephant poaching at this year’s New York Film Festival (NYFF).

“Kathryn showed us ‘Last Days’ and I was floored—in three minutes, the viewer feels the horrors of elephant poaching on a global scale and gains a clear, even vivid understanding of the economic, moral and political issues involved,” said NYFF director Kent Jones.

“A powerfully concise piece of work, and we’re proud to be hosting its world premiere and providing a forum in which this urgent issue can be illuminated,” he said.

The film will be screened on Saturday, September 27, at 6PM at the Elinor Bunin Munroe Film Center, 144 West 65th Street. Bigelow will attend the screening and moderate the panel “The Crisis in Elephant Poaching” that will feature experts and activists in the field. Tickets to the event are free and will be distributed an hour prior to the film.

Bigelow said she was inspired to make a documentary about elephant poaching by Hillary and Chelsea Clinton who had returned from a trip from the Sub-Saharan Africa where poachers killed herds of elephants by poisoning them with cyanide.

“After our conversation I felt compelled to enter this space, encourage a dialogue, raise awareness. Killing for ivory by organized syndicates was now being carried out on an industrialized scale. Working with the writer, Scott Z. Burns, we set out to connect the dots between ivory trinkets purchased at markets in China and elsewhere and the terrorist nightmares we see on the nightly news,” Bigelow said.