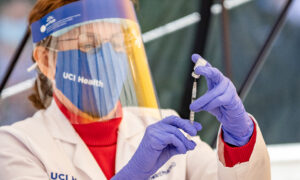 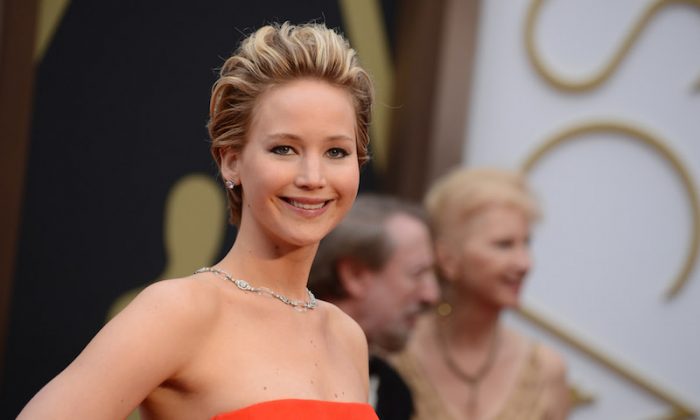 Jennifer Lawrence arrives at the Oscars on Sunday, March 2, 2014, at the Dolby Theatre in Los Angeles. (Photo by Jordan Strauss/Invision/AP)
US

A security issue with iCloud followed by a hack has left a massive number of naked pictures of celebrities online, including photos that appear to be Jennifer Lawrence, Kate Upton, and Ariana Grande.

A thread on the notorious website 4Chan contains the pictures.

The photos were allegedly obtained by an iCloud leak that enabled the phones of the celebrities to be hacked.

The hacker is also claiming to have some explicit videos, though the user hasn’t posted them.

Sports stars such as volleyball legend Misty May-Treanor and Olympic gymnast McKayla Maroney have also been named as victims.

Among the photos are less graphic pictures in which the women have clothes on. Many of these ones were posted to Reddit’s image website Imgur.

The person(s) behind the hack are being targeted by law enforcement, the FBI said Monday. The agency did not say what actions it was taking to investigate who was responsible for posting naked photos of Lawrence and other stars.

The FBI said it was “aware of the allegations concerning computer intrusions and the unlawful release of material involving high profile individuals, and is addressing the matter.” “Any further comment would be inappropriate at this time,” spokeswoman Laura Eimiller wrote in a statement.

Apple said Monday it was looking into whether its online photo-sharing service had been hacked to obtain the intimate images. Some of the women, including Lawrence contacted authorities after the images began appearing Sunday.

Some reports are indicating that the user(s) behind the hack could be in for some trouble, because authorities have been cracking down on similar hacks lately.

Some celebrities have spoken out saying that the photos are fake, while at least one other has confirmed that they’re real.

Victoria Justice took to Twitter to deny that the pictures included in the leak are of her.

“These so called nudes of me are FAKE people,” she said.

These so called nudes of me are FAKE people. Let me nip this in the bud right now. *pun intended*

Jennifer Lawrence has not directly commented but a representative said in a statement sent to multiple media outlets:

“This is a flagrant violation of privacy. The authorities have been contacted and will prosecute anyone who posts the stolen photos of Jennifer Lawrence.”

A representative for Ariana Grande added to BuzzFeed: “The photos are completely fake.”

Mary Elizabeth Winstead, an actress on the so-called master list of names that are allegedly victims of the hack, said via Twitter that the pictures of her are real.

“Knowing those photos were deleted long ago, I can only imagine the creepy effort that went into this. Feeling for everyone who got hacked,” she said.

“To those of you looking at photos I took with my husband years ago in the privacy of our home, hope you feel great about yourselves.”

Private information and images of celebrities are frequent targets for hackers. Last year, a site posted credit reports, Social Security numbers and other financial info on celebrities, including Jay Z and his wife Beyonce, Mel Gibson, Ashton Kutcher and many others.

Johansson, Kunis and Aguilera were hacked by a Florida man, Christopher Chaney, who used publicly available information to hack into the email accounts of more than 50 people in the entertainment industry.

“I have been truly humiliated and embarrassed,” Johansson said in a tearful videotaped statement played in court at Chaney’s sentencing in December 2012.

“That feeling of security can never be given back and there is no compensation that can restore the feeling one has from such a large invasion of privacy,” Aguilera wrote in a statement before Chaney’s sentencing.