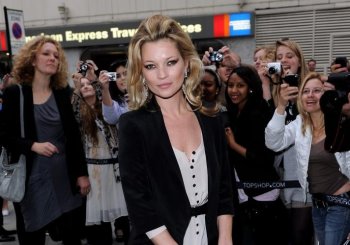 Kate Moss attends the launch party for the opening of TopShop's Knightsbridge store on May 19, 2010 in London, England. (Gareth Cattermole/Getty Images)
Entertainment

Kate Moss Gets Into Jam

Kate Moss is set to launch her own range of preserves.

The supermodel has been busy perfecting homemade recipes at her Cotswolds country estate in the UK.

According to UK newspapers on Wednesday, the catwalk celebrity came up with the idea after discovering a glut of damson plums in her garden with seven-year-old daughter Lila Grace.

The product is believed to be called ‘Kate’s Damson Jam’ and has received good feedback from friends and family.

The fashion entrepreneur already has her own clothes label called Female First.