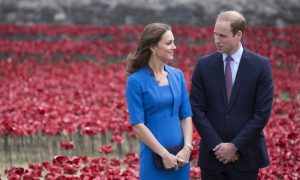 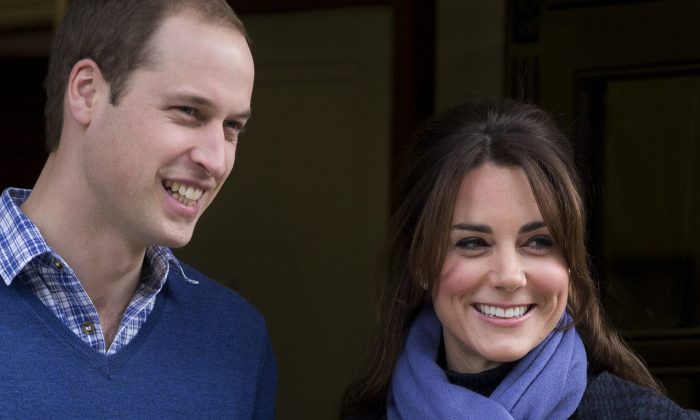 FILE - This is a Thursday, Dec. 6, 2012 file photo of Britain's Prince William stand next to his wife Kate, Duchess of Cambridge as she leaves the King Edward VII hospital in central London. With Prince William and the former Kate Middleton expecting their first child in mid-July _ and much of the world interested in the birth of a future monarch _ officials at Clarence House have released some of the couple’s plans, although many details are still being kept private. Kate has made several public appearances recently but is expected to keep a low profile in the final weeks of her pregnancy. (AP Photo/Alastair Grant, File)
UK

Kate Middleton ‘Still Fighting’ with William; Couple Will Visit US in December: Reports

Kate Middleton is still allegedly “fighting” with husband Prince William, according to a report on a gossip entertainment site on Monday.

Over the weekend, Prince William and Kate made a public appearance during Remembrance Day, and the Duchess appears to have recovered from her intense bout of morning sickness, known as Hyperemesis Gravidarum.

Gossip site Celeb Dirty Laundry claims the two “are allegedly under strict instructions not to slip up and reveal any turmoil to the public, but it’s much too late for that.”

“The rumors of pregnant Kate Middleton and Prince William fighting have reached far and wide, much beyond the reach of the palace,” it adds.

It’s worth noting that Celeb Dirty Laundry has a somewhat spotty history with its royal reporting, and it’s also difficult to discern whether it is actually reporting on a new tidbit of gossip or merely speculating.

Meanwhile, William and Kate will reportedly make their first trip to the United States in about three years.

The Daily Mail and the Today show both reported that the couple will head to New York City to unveil a new charity next month. They will spend three days in the Big Apple.

The two visited Los Angeles about three years ago, and it was the last time they were in the US. And the fact that Kate is planning to make the trip suggests that she is most likely over her Hyperemesis Gravidarum.

The Mail also said “it seems likely” the two will bring along Prince George, who is 16 months old, with them to New York.

Kate is said to be “very excited” about heading to New York. It’s the first time she will be visiting the city and she had dreamed of going there since she was a girl, according to the Mail’s report.

“We will be in New York to talk about our Wildlife Crime Project, which is why the Duke and Duchess of Cambridge are involved,” said a spokeperson for World Wildlife Fund. The two will meet conservationists to talk about illegal poaching.

“Kate has never been to New York and she is really looking forward to it now that she is over her illness,” a source also told the publication of their plans. “Kate was upset she had to cancel her tour of Malta, but now she is over her morning sickness and really excited about America,” the source continued, via the Mail.