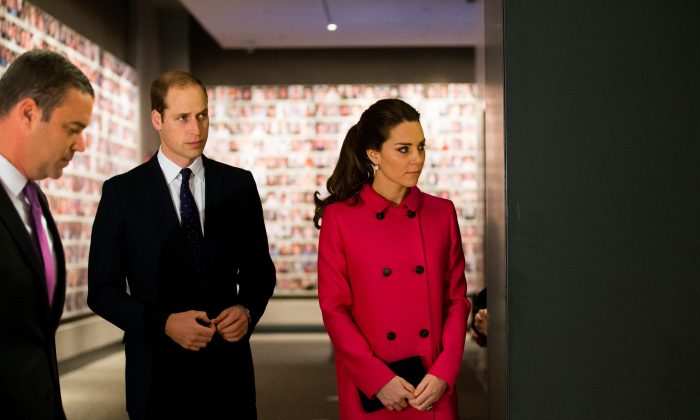 Kate Middleton may be fed up with some of her husband’s friends, according to a new report.

The Duchess has missed eight major occasions in the past year, including four weddings, leading some to wonder why.

Sources told the Daily Mail that Kate’s absence from some of the events are due to her dislike of some of Prince William’s friends.

Kate has dealt with pregnancy sickness but when questioned over her missing the baptism of Zara Phillip’s daughter Mia, for instance, aides did not blame the sickness, and didn’t provide any reason at all.

“People have noticed she’s rarely by William’s side when he socializes – it gives the impression she wants to avoid some of his friends,” one source said.

“It would be nice if Kate was out and about a bit more with William’s friends because some of them don’t know her very well at all,” another friend said.

“She doesn’t like drunken behavior, but some of them like to party. One drunken incident recently put her off one of William’s close female friends, and Kate wasn’t afraid to let her know she disapproved of her sloppy behavior.”

Meanwhile, another report revealed that the royal couple have planned most of their Christmas menu.

Kate and the Prince have notably chosen to stay at home on Christmas, a break from royal tradition, and have Kate’s family over.

Carole and Michael Middleton will even bring their dogs Otto and Ella. The Duchess and William have put Pippa and James Middleton in charge of catering, and the menu has been picked already.

A source told the Express that it will include Kate’s favorite dessert Queen of Puddings, as well as a number of other puddings–including Figgy Pudding, Cabinet Pudding (featuring sponge and dried fruits), Monmouth Pudding (featuring raspberries, lemons, and white breadcrumbs), and William’s favorite Eton Pudding.

Kate and William will attend the royal dinner on the Sandringham estate on Christmas Eve, which is hosted by Queen Elizabeth and Prince Phillip, but will stay at home on Christmas Day.

Besides the help from Pippa and James, the couple’s Italian housekeeper Antonella Fresolone will be coming from Kensinton Palace.

“William wants a relaxed country Christmas rather than a Sloaney one,” a source said. “He wants everything to be organised but not too formal.”

They also want the food to be perfect, for Kate’s family as well as the visitors. The Queen and Phillip are slated to drop in for tea while Sophie and Edward Wessex are due with their children Louise and James at some point during the day.