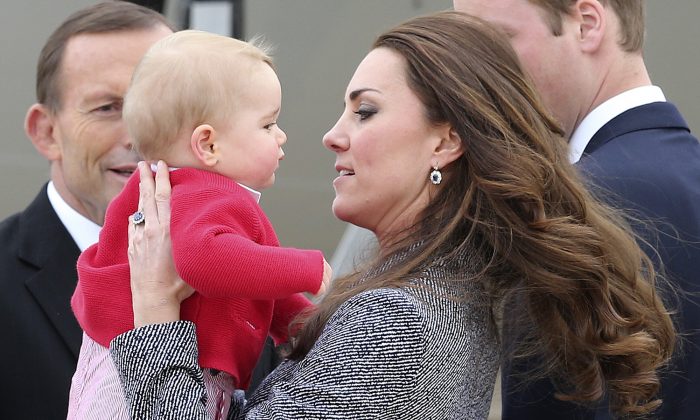 Kate the Duchess of Cambridge holds Prince George as they say goodbye before they board their flight in Canberra, Australia, Friday, April 25, 2014. (AP Photo/Rob Griffith)
Entertainment

Kate Middleton is reportedly partially behind the break up between Prince Harry and Cressida Bonas.

It emphasized that the primary reason behind the break up is that Bonas doesn’t want the attention that comes with marrying into the royal family but said that an “impeccable source” has now revealed that Bonas and Middleton’s shaky relationship also played a role in the romance ending.

Kate and Cressie just didn’t get along,” a source said.

“Kate initially thought Cressie and Harry were the real deal and their relationship would end in marriage. But in the end, she just couldn’t warm to her.

“She tried to give Cressie guidance. If anyone knows about how to be an outside in the Royal Family, it’s Kate. But Cressie didn’t seem interested.

“William had words with Harry, and told him friction between between the women could cause a major problem in the long term.”

The website said that Kate had previously told Bonas she couldn’t spend time with baby Prince George unless a nanny was present, after Bonas and Harry offered to watch George while Kate and Prince William went out.

Middleton reportedly attacked Harry over drinking too much during the discussion.