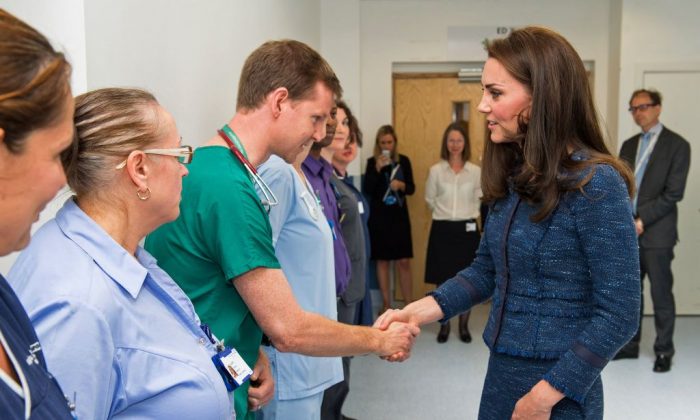 Hospital staff are accustomed to seeing male patients with stab wounds, but never have they seen so many women needing the same treatment. Of the 48 injured in the terror attacks, 14 entered the hospital for stab-wound treatment. One was able to leave soon after arrival.

Hospital staff and patients were delighted to see the duchess. They appreciate the concern by British royalty for a job that they often feel is thankless.

“It gives the patients a lift, and it gives the staff a lift that they are being recognized. All staff in the [publicly funded] NHS want these days is to be recognized. They get knocked for so much, and actually for someone like that to come and recognize what they do is a massive lift.”

On June 3 terrorists rammed a van into pedestrians on London Bridge. They then exited the van with knives, stabbing visitors to a nearby market. Eight people died in the attacks.

The royal family has been keeping busy in the aftermath of the recent terror attacks in the U.K. Prince Charles and wife Camilla recently paid a visit to police headquarters, to meet with first responders to the June 3 attack, and to see police systems in place to deal with terrorism.