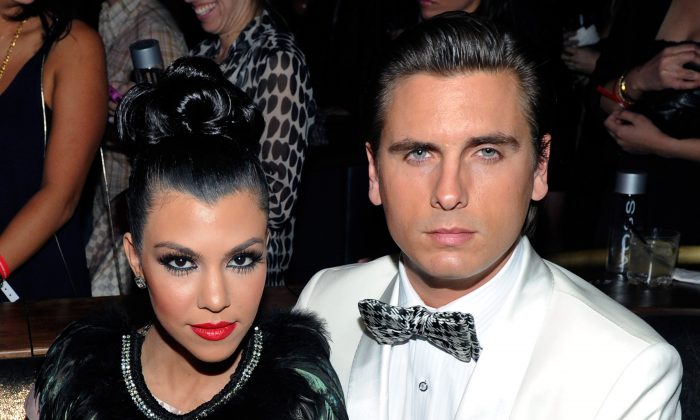 Kourtney Kardashian is in a competition with her sister Khloe for Scott Disick, the father of her children, according to a new tabloid report.

Life  & Style says that Kourtney “faces the ultimate betrayal” because Scott “is in love with Khloe.”

The magazine says that the family is “at war” after Kourney confronted both of them and Scott confessed “everything.”

Disick “would rather be with Khloe than the mother of his kids—and it’s tearing the family apart,” the tabloid said, citing a family insider.

“He looks at Khloe as the fun party girl and Kourtney as his complaining wife,” another source said.

The magazine says that things got particularly bad when the three reality television stars filmed this summer together for the spinoff “Khloe and Kourtney Take The Hamptons.”

“Scott’s feelings have pushed the family into civil war,” concludes the outlet.

But Gossip Cop says that the report is bunk.

“This is absurd,” said a source close to the situation.

The website said that Life & Style “has published countless stories about the Kardashians allegedly fighting with each other, about their men “dumping” them, and other reports that simply are not true.”

“Everyone who’s followed the family in recent years know that Khloe and Disick have a joking, flirtatious relationship. There is NOTHING romantic between them,” it added.

However, there have been previous reports from other outlets that seem to indicate that something else may be going on.

E! Online reported that Khloe and Scott were snuggling, holding hands, and in a hot tub together.

“While Scott and Kourtney are a devoted couple and amazing parents, it sometimes seems that Khloé and Scott have a little boo thing relationship of their own,” it said.

“Not only do they act like bffs, but they also snuggle, make sexual references, hold hands and even jump in a tub together!”

And in a clip from the spinoff, Kourtney said that Khloe is a bad influence on Scott.

“People have passed away from alcoholism, and that’s something that I need to stop right now with Scott,” Kourtney says in the clip. “I’m not going to let that happen to him. I don’t need [Khloe] influencing him to go out.”

Those partying tendencies have gotten Scott in trouble with his girlfriend.

She recently told Scott to stay away from her and the children unless he gets sober.