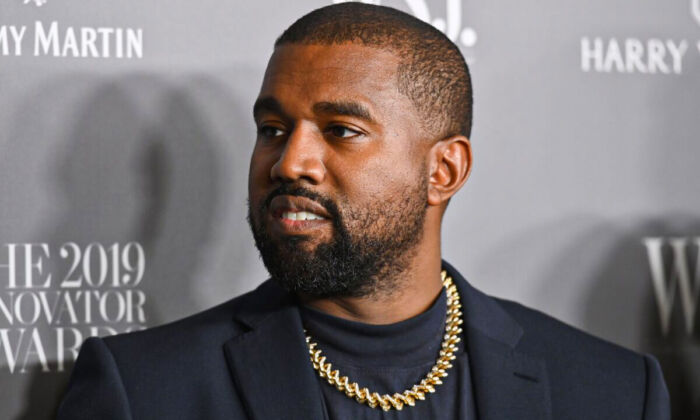 Ye was reportedly planning to visit Melbourne, Australia, to meet with the family of his new wife, Australian designer Bianca Censori.

However, Federal Education Minister Jason Clare said the rapper’s comments would be considered in his visa application.

“I don’t know if he’s applied for a visa yet—but Google it, you will see that he seems like he’s a pretty big fan of a person who killed six million Jewish people last century,” the minister told Channel Nine on Jan. 25.

“People like that who’ve applied for visas to get into Australia in the past have been rejected,” he added. “I expect that if he does apply, he would have to go through the same process and answer the same questions that they did.”

The federal opposition leader Peter Dutton said he was inclined not to allow Ye into the country.

“His anti-Semitic comments are disgraceful, his conduct and his behaviour is appalling, and he’s not a person of good character,” the Liberal Party leader told 3AW radio on Jan. 24.

He said the immigration minister had the discretion and power to stop individuals of “bad character” from entering the country.

“My instinct would be if I was that decision maker, I think there are better people we could welcome in,” he said.

Australia Has Form When It Comes to Deportations

This is not the first time an Australian immigration minister has used their discretionary powers to cancel or deny a visa.

Last year, then-world number one tennis player Novak Djokovic was deported from the country after revealing he was not vaccinated with a COVID-19 jab.

The decision received significant support from the Australian public.

But he argued Djokovic’s ongoing presence could “stoke anti-vaccination sentiment” that would potentially lead to an “increase in the civil unrest of the kind previously experienced in Australia where thousands of people took to the streets in rallies and protests.

Other notable individuals to be deported include right-wing commentator Katie Hopkins, David Icke, and the founder of the Proud Boys, Gavin McInnes.

Ye in December was suspended from Twitter after the rapper posted a swastika merged with the Star of David.

He later appeared on Alex Jones’s Infowars along with commentator Nick Fuentes.

The rapper heaped praise on Hitler while wearing a full balaclava.

Jones explained that Hitler was a “really bad guy”, compelling Ye to say, “I like Hitler, I see good things about him; you can’t say out loud that this person [Hitler] ever did anything good, and I’m done with that … every human being has something of value that they bought to the table, especially Hitler.”

He also claimed that there were a “lot of good Nazis who were just fighting for their country.”

Rebecca Zhu and Katabella Roberts contributed to this article.