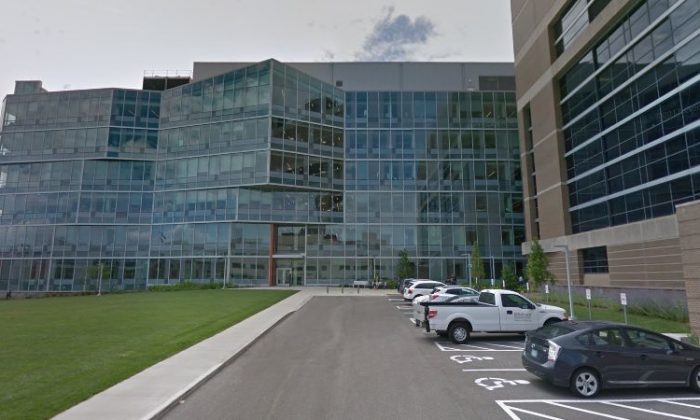 A Kansas teen who suffered from cystic fibrosis died in a Missouri hospital as she was waiting for a second double-lung transplant.

A Holton teenager received a surprise visit from Grammy Award-winner Jason Mraz while in her hospital bed Sunday.

Madison Taliaferro, an 18-year-old with cystic fibrosis, has… https://t.co/QXq4Op61c1

She got her first double-lung transplant in November 2012 when she was 12 years old. The Fox affiliate said her body recently rejected the lungs.

Her aunt, Allie Summers, wrote on Facebook: “My Madison went to Heaven tonight at 6:25 p.m. She was surrounded by ‘her people,’” according to the Topeka Capitol- Journal.

“The doctors aren’t sure what caused the chronic rejection to occur, but one minute she was enjoying her homecoming dance and the next week she was fighting for her life,” said a GoFundMe page her family members started. “Her lung function declined from 48 percent to 22.5 percent.”

Madison received such a very beautiful gift today. All of her nurses in the PICU schemed to get Jason Mraz to come up…

Taliaferro’s mother, Desiree Taliaferro, said singer Jason Mraz stopped by her bedside while he was in Missouri for a concert. “All of her nurses in the PICU schemed to get Jason Mraz to come up and sing to her. They all know she loves musicals and just overly enjoys singing. The very first song was so lovely and inspiring. It was a great end to her day,” she wrote.

“My baby girl, I will miss you more than God can move mountains. I know I have lots to say and I will in the future. For right now, I just need everyone to know that if my beautiful amazing girl touched your life, please attend her Celebration of Life. None of what has been planned was of her families choosing,” Desiree wrote on Facebook on Dec. 16.

She added: “Madison planned it all and had a vision and a goal. Madison, I promise you that all will be accomplished. You have done well my beautiful fighter, daughter and Hero. You were sent to rescue me. I see who I want to be. In my daughter’s eyes.”

Days before that, Taliaferro posted Friday on Facebook: “Madison is holding on continuing to fight long enough for the call to come. She has a couple days at most so please keep your prayers coming and please praise the Lord every chance you get for the small stabilization tonight. She thanks you so much for all of the prayers that have been lifted up. We love all of you!”

Madison was senior class vice president at Holton High School and previously lived in Topeka, according to the Journal.

According to the Cystic Fibrosis Foundation, “Cystic fibrosis is a progressive, genetic disease that causes persistent lung infections and limits the ability to breathe over time.”

“In people with CF, a defective gene causes a thick, sticky buildup of mucus in the lungs, pancreas, and other organs. In the lungs, the mucus clogs the airways and traps bacteria leading to infections, extensive lung damage, and eventually, respiratory failure. In the pancreas, the mucus prevents the release of digestive enzymes that allow the body to break down food and absorb vital nutrients,” says the website.