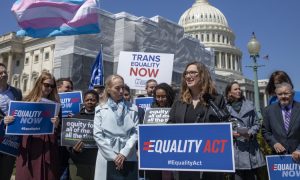 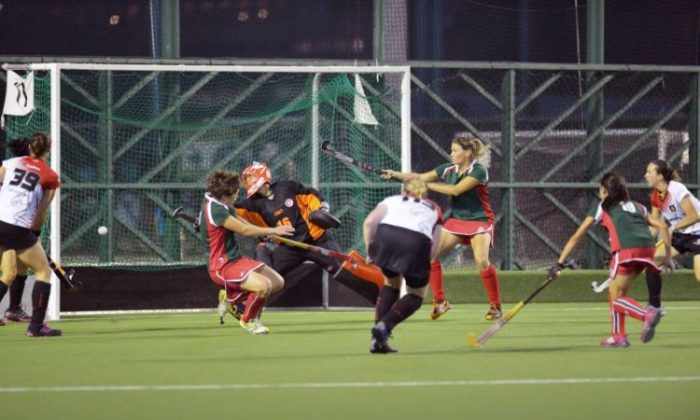 Kansas’s state Senate voted on Wednesday in favor of a bill that bans biological males from competing in women’s sports.

The Senate approved The “Fairness in Women’s Sports Act,” with a vote of 24–10, allowing it to advance to the Kansas House for a vote.

The bill would require organized sports in schools and colleges to be “designated based on biological sex.” There are three designations listed—girls, boys, and coed—based on biology, not on self-identity.

Those who testified in favor of the bill indicated the measure will ensure that there is fairness in women’s sports, since biological males have a physiological advantage.

“What we heard in testimony is that there are parents and there are student-athletes that want to compete against folks that have that same physical makeup,” Sen. Molly Baumgardner, a Republican and chair of the education committee, said, according to KSNT.

“Athletic teams or sports designated for females, women or girls shall not be open to students of the male sex,” the bill states.

Those opposing the legislation say if the bill becomes law it would impact transgender youth’s emotional and mental health.

“Honestly, I see it as a matter of bullying, it really will bully these trans kids,” Wichita Representative Mary Ware told KSNT. “They are dealing with so much anyway, every day, just to keep their mental and emotional equilibrium in place. To add this is just one more layer of disrespect, of insult.”

Kansas Democrat Gov. Laura Kelly called the bill “regressive.” If Kelly vetoes the bill, the Senate and House will need a two-thirds majority in each chamber to override the governor.

Top Kansas Republicans made the bill a priority, joining Republicans in Congress and more than 20 state legislatures who are pushing for similar bans. Idaho enacted a similar law last year that’s being challenged in federal court, and Mississippi Republican Gov. Tate Reeves signed one such measure into law last week. South Dakota lawmakers passed a ban earlier this month, and Republican Gov. Kristi Noem has promised to sign it.

Meanwhile, the Federal government is in the process of passing a set of laws that Democrats say stop discrimination against transgender people, but Republicans say will make things unfair for biological women and those with religious convictions.

The House last week passed the Equality Act—which aims to expand protections in the 1964 Civil Rights Act to include sexual orientation and gender identity—largely along partisan lines, with a vote of 224-206.

Senator Mike Lee (R-Utah) said, “Churches, synagogues, and mosques are sacred houses of worship, and should never be regulated like gas stations, stadiums, and other places of public accommodation. The Equality Act ignores this distinction, and therefore threatens religious freedom.”

Congresswoman Pramila Jayapal (D-Wash.) called on the Senate to pass the bill.

“The Senate must pass the Equality Act so we finally guarantee that trans people have the protections they deserve under the law and that all LGBTQ+ people can live freely as themselves—and free from discrimination,” she wrote.

The Equality Act is now being considered in the 50-50 divided Senate, with Democratic Vice President Kamala Harris in a tiebreaking role. After hearings and debate, the bill would need at least 10 Republicans to vote with all Democrats to put it on President Joe Biden’s desk to be signed into law.