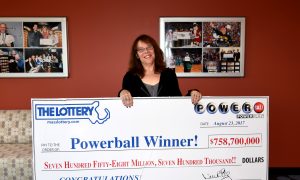 Beware of the Tax Man if You Ever Win the Lottery, Says Money Guru
0
Share Now
TelegramFacebookTweetEmailTellMeWeReddit
Copy Link 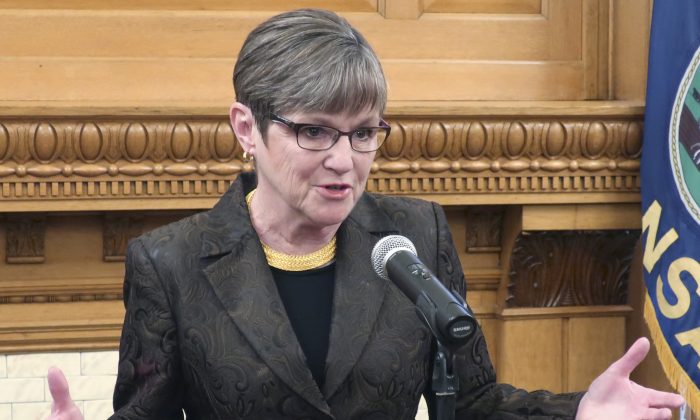 TOPEKA, Kan.—Kansas’ new Democratic governor on March 25 vetoed a tax relief bill approved by the Republican-controlled Legislature, arguing it would repeat an infamous fiscal experiment that failed under a GOP predecessor.

Top Republicans immediately condemned Gov. Laura Kelly’s action as allowing an unlegislated tax increase and hurting the state’s economy. The measure was aimed at preventing individuals and businesses from paying more in state income taxes because of changes in federal tax laws at the end of 2017.

Kelly’s top priorities are boosting funding for public schools and expanding the state’s Medicaid health coverage for the needy, but she told lawmakers in her veto message that the tax bill would have created another “self-inflicted budget crisis.”

“We simply cannot go backward now,” Kelly told reporters March 25 during a Statehouse news conference. “We cannot fix our state if we repeat the mistakes of the past.”

A clash between Kelly and Republican leaders was inevitable. Allowing the tax relief to become law would have undermined the state’s ability to sustain Kelly’s proposals for education funding and Medicaid expansion. Republican leaders have yet to muster the two-thirds majorities necessary to override a veto and enact the tax bill, so Kelly is likely to prevail.

Top Republicans said by allowing an unlegislated tax increase, Kelly broke a campaign promise she made repeatedly last year not to raise taxes while helping public schools, expanding Medicaid and stabilizing the state budget. Her GOP opponent, former Kansas Secretary of State Kris Kobach, made returning the tax windfall among his key issues.

“Today, Laura Kelly showed us how little her words mean,” said Senate President Susan Wagle, a conservative Wichita Republican. “Hardworking Kansans know how to best spend their money and more of it should stay in their own pockets.”

Top Republicans also that the issue was akin to deciding whether to return a lost wallet full of cash after finding it on the sidewalk with the owner’s ID inside.

The governor and fellow Democrats noted the persistent budget woes that Kansas experienced after Republican legislators jumped into cutting income taxes in 2012 and 2013 at the urging of then-GOP Gov. Sam Brownback. Voters came to view the experiment as a failure, and bipartisan majorities reversed most of the tax cuts in 2017.

Kelly said she remains open to considering limited changes in tax laws that help working families if they’re offset by other changes that keep the package from lessening the state’s revenues.

However, she also said: “The right thing in this case is to not mess with our tax structure at all right now, let our budget stabilize, let our revenues stabilize.”