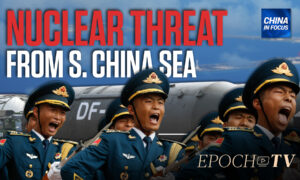 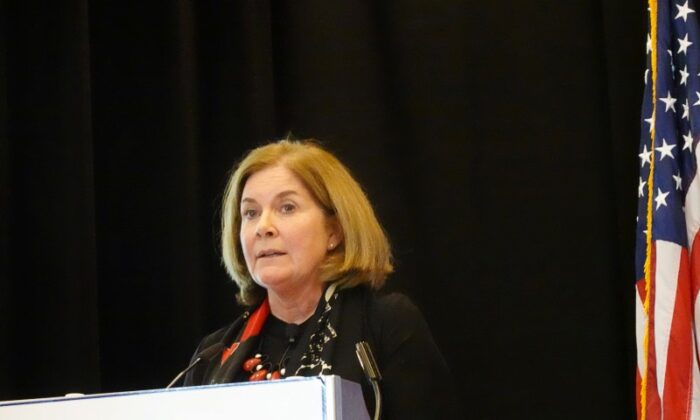 U.S. consumers are much more aware of inflation levels today than they have been over the past decade, and Fed policymakers need to be watchful, George said during a virtual seminar organized by the National Association for Business Economics.

“Policymakers have to keep their eye on inflation expectations,” George said. “We do see firms having more pricing power than they would have five years ago, even two years ago, and the public is certainly more aware today of inflation.”

Some economists have expressed concerns that if prices rise too fast and stay high for too long, expectations of further price increases could take hold, driving up demand for wages and potentially triggering the kind of wage-price spiral that plagued the economy in the 1970s.

George’s remarks came on the heels of a survey released Monday by the New York Federal Reserve, which showed that medium-term inflation expectations among American consumers in July jumped to an 8-year high.

The mismatch between earnings and inflation expectations reflects what’s known as real earnings, which is essentially how much money someone makes after adjusting for rising prices.

July was the seventh consecutive month of negative real earnings growth in the United States, according to a Labor Department report (pdf) released Wednesday. Real average hourly earnings for all U.S. employees fell by 0.1 percent from June to July, the report shows, with the result stemming from an increase of 0.4 percent in average hourly earnings combined with an increase of 0.5 percent in the consumer price index (CPI), which is a measure of inflation.

Rising inflation has emerged as the Achilles’ heel of the economic recovery, erasing much of the benefit to workers from higher pay and heightening pressure on Fed officials to adjust policy to maintain price stability.

On Wednesday, a separate Labor Department report showed that while prices rose more slowly in July than in June, over-the-year inflation remained stuck at a 13-year high of 5.4 percent for the second consecutive month.

George said in prepared remarks (pdf) for the National Association for Business Economics seminar that, with over-the-year inflation running well over the Fed’s longer-run average target of 2 percent, along with “steady progress” in monthly employment gains, the time is ripe for policy adjustments.

“While recognizing that special factors account for much of the current spike in inflation, the expectation of continued strong demand, a recovering labor market, and firm inflation expectations are consistent, in my view, with the Committee’s guidance regarding substantial further progress toward its objectives,” George said, adding, “I support bringing asset purchases to an end under these conditions.”

As part of its extraordinary support measures for the pandemic-stricken economy, the Fed last year dropped its benchmark interest rate to near zero while setting out on a massive program of $120 billion in monthly Treasury and mortgage bond purchases. Policymakers said in December they would continue the asset-buying progam at the current pace of $120 billion a month until there is “substantial further progress” toward the central bank’s goals for inflation and maximum employment.

With her remarks, George added her voice to those of other Fed policymakers who have recently begun calling for the asset buying program to wind down—a process known as tapering.

Atlanta Federal Reserve Bank President Raphael Bostic said on Monday that, while more progress is still needed in the labor market, that goal could be reached after another month or two of strong job gains.

In terms of the timing of the taper, Bostic said he would be in favor of winding down asset purchases over a shorter period than what the Fed has previously done.

“I am in favor of going relatively fast,” Bostic said.

Dallas Fed President Robert Kaplan told CNBC on Wednesday that the central bank should begin to taper its monthly purchases of Treasury bonds in October.

While George did not specify a timing for tapering, she said that the inflation criterion appears to have been met already, but noted that the conditions for judging maximum employment “are murkier.”

“Needless to say, the road ahead to policy normalization is likely to be a long and bumpy one as we navigate inflation and labor market dynamics in the post-pandemic economy,” George said, urging careful assessment of the data as well as “balancing nimbleness and patience and steering clear of policy errors.”