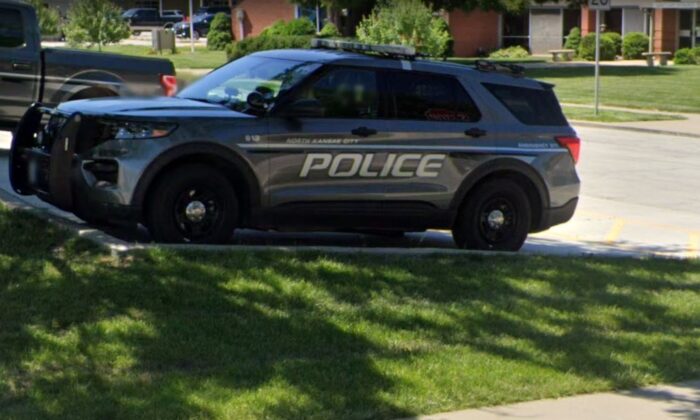 A North Kansas City Police vehicle in North Kansas, Mo., in June 2022. (Google Maps/Screenshot via The Epoch Times)
US News

KANSAS CITY, Mo.—Kansas City police shot and killed a man who sped toward an officer in a stolen sport utility vehicle and struck a police van, authorities said.

The shooting happened around 9:45 p.m. Sunday after officers spotted the unoccupied SUV in a gas station parking lot, said Sgt. Bill Lowe, a spokesman for the Missouri State Highway Patrol, which is investigating.

Lowe said police approached the man after he exited the store. He accelerated backward and then drove forward toward one of the officers, Lowe said.

Lowe said the officer dived out of the way and that the SUV struck the police van before officers opened fire.

Lowe said the driver was declared dead at a hospital. His name wasn’t immediately released.

The patrol is reviewing video from the gas station and police body camera footage, as well as interviewing witnesses.